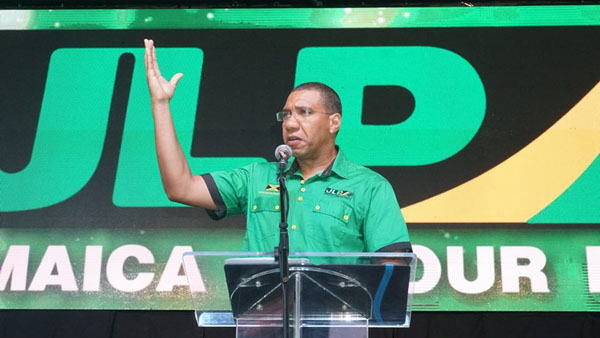 Jamaicans To Vote In By-Election On March 25

KINGSTON, Jamaica, March 4, 2019 (CMC) – The ruling Jamaica Labour Party (JLP) will be seeking to further increase its majority in the 63-member Parliament, when it contests the March 25 by-election in the Portland Eastern constituency, following the murder of the parliamentary representative, Dr. Lynvale Bloomfield, last month.

The JLP, which won the 2016 general election by a 32-31 margin, over then-incumbent People’s National party (PNP), has since won two of three by-elections, held last year, giving it a more comfortable three-seat margin in the Parliament.

Prime Minister, Andrew Holness, addressing JLP supporters at a rally in Port Antonio, on the island’s north-eastern coast, on Friday night, said “the 25th of March will be action day”.

He said Nomination Day will be March 8, coinciding with International Women’s Day, which, he told supporters, is also the anniversary of the birth of Lady Bustamante, the wife of the JLP’s founder, Sir Alexander Bustamante.

He also reminded supporters on that date in 2011, the JLP won a by-election in St. Ann North Eastern, through the incumbent Labour and Social Security Minister. Shahine Robinson.

Holness said that election victory marked a turnaround in the electoral fortunes of the JLP, which had been losing general elections to the PNP since the February 1989 poll.

“This will be a peaceful election. It will be an efficiently run election,” Holness said.

The party has already named Ann-Marie Vaz, the wife of Douglas Vaz, Minister without Portfolio in the Ministry of Economic Growth and Job Creation, as its candidate.

The PNP has since indicated that its candidate will be former opposition legislator, Damion Crawford.

Vaz said the government would continue its commitment to providing jobs in the constituency and spoke of the programs she has already implemented.

“I’m here to solve the problems; I want the youths here to build East Portland”.

Bloomfield, who was into his second term as a parliamentarian, was found dead at his Passley Gardens home on February 2, with more than 20 stab wounds.