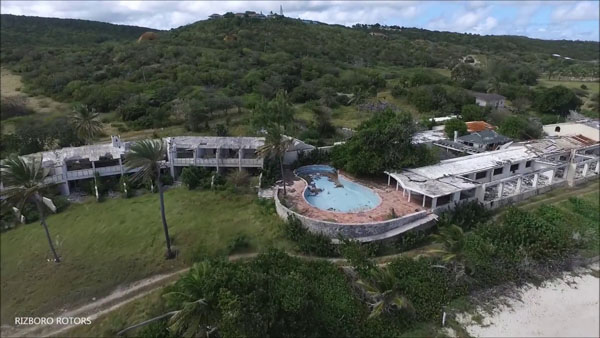 ST. JOHN’S, Antigua and Barbuda, March 6, 2019 (CMC) – The Antigua and Barbuda government says a Canadian court has dismissed a case, brought against it, by HMB Holdings, as the legal battle continues, over the acquisition of an estimated 108 acres of land, by the sea, at Half Moon Bay, here.

In a statement, the government said that Justice Paul Perell, of the Ontario Superior Court in Canada, “dismissed, outright, a case brought by HMB Holdings against the government of Antigua and Barbuda, and awarded costs amounting to EC$65,770”.

It said that the ruling was delivered on Tuesday.

HMB Holdings, a US-based, privately-held company that acquires, builds, and operates middle-market businesses, initiated the case against the Antigua and Barbuda government in the Ontario Superior Court, in May 2018, seeking monies that are still in dispute in a judicial proceeding before the Eastern Caribbean Supreme Court.

In May 2014, the London-based Privy Council fixed compensation for the government’s 2007 acquisition of the property at Half-Moon Bay at US$26.6 million.

“Between 2015 and 2017, the government paid HMB Holdings more than US$23.8 million, even though the property had been abandoned by HMB Holdings since 1995, depriving the country of a resort on one of its most attractive tourism locations,” the government statement noted.

It added, “even though a dispute over the sum, due to HMB holdings, under a complex financial formula, is under review in the Eastern Caribbean Supreme Court, the company initiated its action, first in the Court in British Columbia, the headquarters of Replay Resorts, to which the Antigua and Barbuda government sold the Half Moon Bay property in December 2015; and then in the Superior Court in Ontario”.

The statement said that Justice Perell, in his 16-page judgement, agreed with the Antigua and Barbuda government’s motion to strike out the case, and dismissed the case brought by HMB holdings, awarding the government full costs.

According to court documents, filed in 2014, HMB Holdings owned the estimated 108 acres by the sea at Half Moon Bay in Antigua. The site included extensive beach frontage on what was described, by the government, as a particularly beautiful bay.

A hurricane destroyed HMB’s hotel on the site in 1995, and after some years had passed with no redevelopment, the government compulsorily purchased the site.