New in Pride
Home / National News / Farewell Cecil Martindale: A Soldier, An Officer And A Gentleman 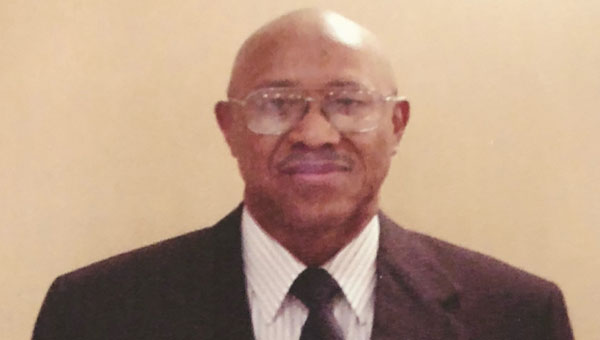 Retired Colonel Cecil Edgar Martindale, described by many in the Guyana Defence Force (GDF) as the "father" of the military, passed away on Saturday, February 16, two weeks, to the day, after his 93rd birthday.

Farewell Cecil Martindale: A Soldier, An Officer And A Gentleman

TORONTO, Ontario March 5, 2019 — Last month, on Saturday, February 23, the universe paused, stood at attention, and saluted a soldier, as the “Last Post” was trumpeted in The Wexford Presbyterian Church, in Toronto, to celebrate a life, well-lived.

Retired Colonel Cecil Edgar Martindale, Pluto, as he was most fondly known, died on Saturday, February 16, two weeks, to the day, after his 93rd birthday.

He was born on February 2, 1926, in Georgetown, Guyana (then named British Guiana) to Walter Paul Archer and Pearl Sylvia Martindale.

The tributes, eulogy, musical selections and scripture passages, presented at his “Going-Home Celebration”, were all in-keeping with the principles and order, he demonstrated throughout his outstanding life.

He wrote his own epitaph, not with words, but through the remarkable deeds he performed and the extraordinary and impressive life he lived, in Guyana and Canada, alike.

The celebratory service, befitting Martindale’s rank and stature and conducted by Pastor Doug Paterson, of Wexford Presbyterian Church, was attended by the government of Guyana, represented by High Commissioner, Clarissa Riehl, and Consul General, Anyin Choo.

Regaled in full uniform, the Honour Guards, representing the Guyana Defence Force (GDF), stood with military precision, dignity and respect, guarding and honouring their fallen colleague, as his casket laid in state, draped in the Guyana flag. 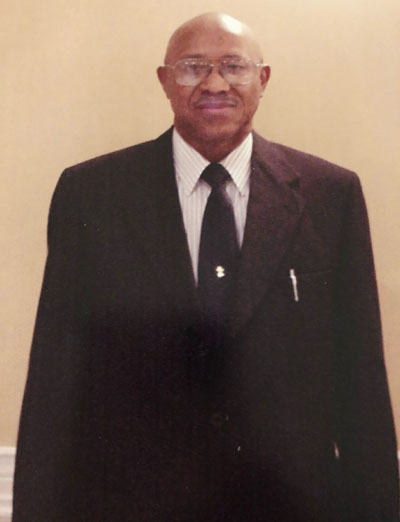 Pluto was a scholar and an aficionado of military history, courting the military life at an early age, as was fondly revealed by his close friend, of over 70 years, retired Justice, Vibert Lampkin, who presented the eulogy, chronicling his accolades and achievements.

Lampkin shared that among Martindale’s numerous awards, citations and medals of honour, were: the Efficiency Decoration; the Military Service Medal (MSM), presented by Guyana’s first president, the late Arthur Chung; as well as the Military Star (MSS) — the highest honour awarded to officers for exceptional service, beyond the call of duty, in the Guyana Peoples’ Militia — presented by the late president, L.F.S. Burnham.

Justice Lampkin articulated the joyous experiences they shared during their friendship, and warmly recalled that Pluto was an excellent student, who excelled in English, Latin, French, Math, Hygiene, Physiology, Religious Knowledge and History. He taught at his own high school for two years, until age 18, then old enough to join the Civil Service in British Guiana.

In his early military years, he was appointed lance corporal in the British Guiana Volunteer Force. His life, from then on, took its own strategic path, which, despite a few peripheral non-military appointments, led to the promotion to colonel, and the appointment of Commandant of the Peoples Militia.

In 1982 Martindale was designated military attaché to the Guyana Embassy in Caracas, Venezuela; subsequently appointed director of military operations; then held the position of Head of Legal Services in the Defense Secretariat, from which he retired in 1988.

During his life in Guyana, the Colonel fathered, not only his family, but he also fathered the military. This was the recurring and resounding theme, of the tributes, that memorialized him.

Gordon Winter of the Guyana Ex-Soldiers Association-Canada passionately recollected his first encounters with “the Colonel”, recounting that this stern gentleman, who was larger than life, lectured him on duty and commitment.

Winter added, “He was fair, objective, open-minded, principled and quick-witted, and was also entertaining.”

Gordon revealed that his experiences with “the Colonel” were pivotal to his success in the military, and conveyed similar sentiments from his fellow ex-soldiers. In closing, he stated that he will miss the colonel’s candor, witticism, participation, mentorship and, most of all, his friendship.

Robert Hamilton, also of the Guyana Ex-Soldiers Association-Canada, and president of the Alliance of Guyanese Canadian Organizations, reflected on his experiences with “the Colonel”, and spoke, admiringly, of his knowledge in military protocol and procedure.

He praised “the Colonel” for placing him on the path to success, not only in the military, but also in life. He heralded the life, lived by this honoured gentleman, and encouraged those present to endeavor to follow his stellar example of life and relationships.

Justice Lampkin added that as a result of his exceptional performance in military service, it was not surprising that the president of the Co-operative Republic of Guyana, David Granger, himself a military man, penned this special tribute: “Colonel Martindale contributed immensely to the development of the Reserves and was the First Commandant of the Guyana Peoples’ Militia.

“In over 40 years of military service to Guyana, Colonel Martindale enriched the life and development of the Defence forces, and in recognition of his exemplary service, the GDF Staff School has been renamed the ‘Colonel Cecil Martindale Command and Staff School’ in his honour.”

Pluto was married twice — first to Pansy Stephenson, who bore him two children, son Noel-Paul, and daughter Melanie; and when Pansy died, he migrated to Canada, where he married Bernice Foster and inherited five (5) step-children.

In Canada, he managed security services for a few insurance companies, and retired in 2003, at 77 years of age.

Martindale continued contributing his time and skills to various organizations, such as: the Senior Guyanese Friendship Association, in which he served as assistant treasurer, executive member, choir and dance group leader, and took an active role in any activity that required direction.

He was also an active member of the Guyana Ex-Soldiers Association-Canada, and the Clerk of Sessions for the Wexford Presbyterian Church, for 12 years.

Although he lived such an active life, two of his daughters and a grand-daughter remarked that they never felt neglected, as he was always present in their lives and brought enjoyment to every situation.

The celebration service culminated with Guyana’s Ex- GDF Soldiers and Ex-Police Officers lining opposite sides of the isle, as retired Colonel Cecil Edgar Martindale’s casket of left the church, leaving his love to unite us all, as we enjoy the memory of this great man, husband, father, commander and friend.

Justice Lampkin spoke emotionally of the close bond he shared with Pluto, and recalled that he visited with “the Colonel”, every Friday, since he was hospitalized, noting that he continued to be a joker, even in his waning moments.

“The Colonel” will be laid to rest in Georgetown, Guyana, where a memorial service will be held on March 23 at the Legionnaires Hall. May he rest in peace.