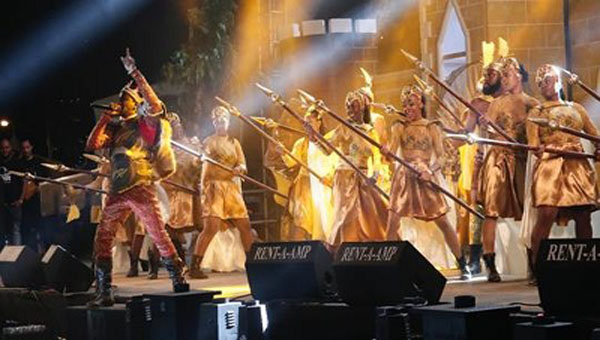 “I think the 2019 Trinidad and Tobago Carnival season is one that Grenadians will remember for a long time, with five of our artistes performing in the International Soca Monarch competition and three of them earning top spots.

“It illustrates the significant growth of the local artform, with our artistes proving that they are among the best in the region,” Prime Minister, Dr. Keith Mitchell, said.

It was a good night for Grenadian artistes, as they placed in the top three positions in the Power and Groovy sections of the annual Play Whe International Soca Monarch. competition

In his congratulatory message, Prime Minister Mitchell said that the song by Mapp “was obviously a crowd favourite going into the competition, and the outstanding performance by Hollice on the night, clearly sealed the deal.

“I am immensely proud of this talented young man, who came from humble beginnings to achieve this notable feat. I hope this win is a fitting tribute to his work ethic and determination, and that it serves to encourage or inspire others, who have a dream. We look forward to him continuing to represent Grenada on the world stage; he is a true Grenadian ambassador,” he said.

Mitchell said he was “very proud of all of them and extremely grateful for what their excellent representation means for promoting Grenada and our culture”.

The government has said that it is planning a welcome home celebratory event for the artistes.