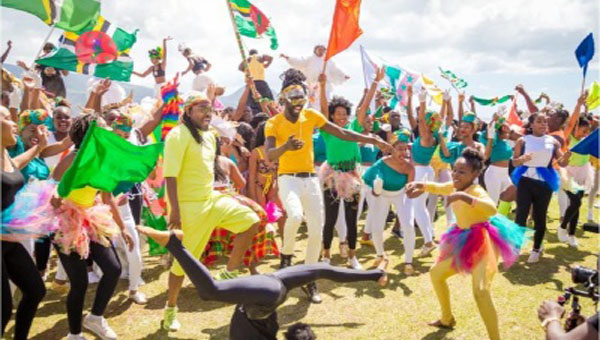 Machel Montano and other singers producing the video for the hit song, “Famalay”, at the Cabrits in Dominica. Photo courtesy of Dominica News Online.

“It’s important that my productions have a Bouyon sound, because I’m from the island of Dominica … and it’s imperative that my sound reflect my culture. This Bouyon sound is what sets Dada Muzic apart from the rest in this Soca industry,” he said, in an interview, published prior to the Carnival celebrations here.

Meanwhile, National Security Minister, Stuart Young, has hailed the Carnival as the safest in years, telling a news conference “I can say now, without fear of contradiction, that Carnival 2019, from a national security point of view, was the safest, if you use the statistics as our measurement, in many years”.