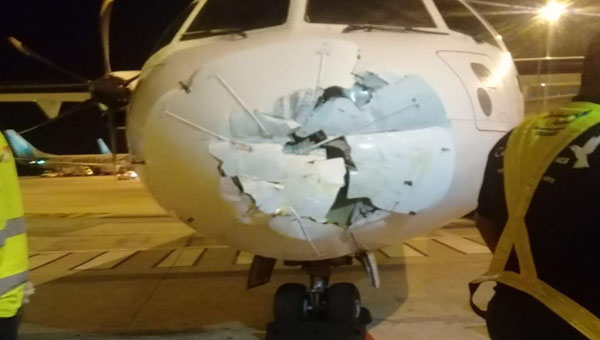 PORT OF SPAIN, Trinidad and Tobago, March 7, 2019 (CMC) – Caribbean Airlines (CAL) has launched an investigation, following an incident, in which a plane hit a wall at the terminal building at the Piarco International airport.

In a statement, today, CAL said the ATR-72 aircraft, 9Y-TTA, was being taxied from the ramp to an aircraft hangar, late yesterday, when it came into contact with the wall of the airport terminal building.

CAL said the aircraft was not in active service, had no passengers or crew on board and no personnel were injured.

The airline says the extent of the damage, the aircraft sustained, is being assessed.