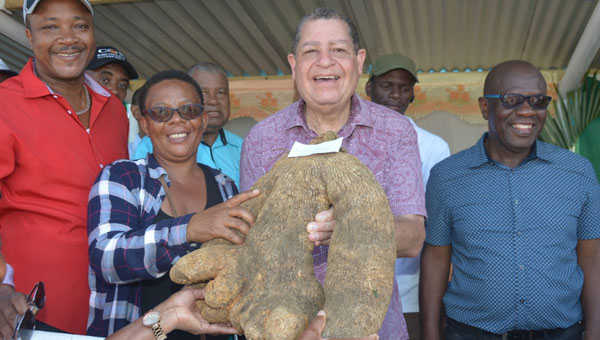 This comes against the background of the 57 fishermen from the Dominican Republic, who were recently intercepted and detained by the Jamaica Defence Force (JDF) Coast Guard, after they were caught fishing, illegally, along the Pedro Banks.

The poachers were reportedly caught with more than 15,000 pounds of conch and other sea wildlife.

Speaking at the 64th Hague Agricultural Show in the northern parish of Trelawny, yesterday, Shaw pointed out that the Jamaican government has imposed a one-year ban on the harvesting and trading of conch, from March 1, 2019 to January 31, 2020, due to a depleted population.

The Minister told the Jamaica Information Service (JIS) that continued conch fishing is unacceptable and he is prepared to provide the necessary equipment for maritime surveillance.

“We now have more equipment than before, and that additional equipment can assist in stronger surveillance. So we are really concentrating, heavily, on interdiction and investigation,” he added.

Shaw stressed the importance of reviving the conch population, “as overfishing can lead to total extinction of valuable mollusk from the country’s waters”.

“It is a combination of overfishing from our local people and illegal fishing from fisher-folk from other countries.”

“It cannot be that those who remain legal are following the rules, and others are renegades out there. It’s not just local people, but foreign people as well. So we are going to put a lot of emphasis on the management of the security around,” he added.

In the meantime, the Agriculture Minister said that despite the ban, Jamaica still has plenty of conch in storage, adding that the country is prepared to import the item, in the event of a shortfall.