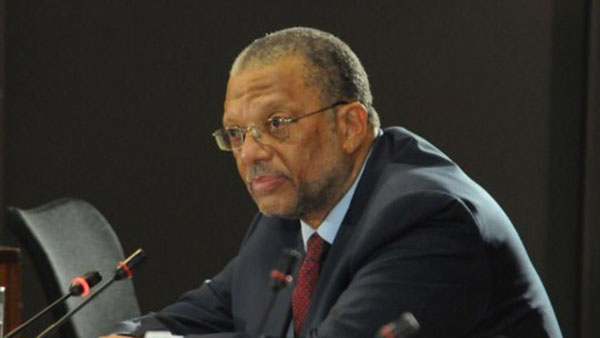 Dr. Peter Phillips, Leader of Jamaica's opposition party, the People's National Party (PNP), said Prime Minister Andrew Holness' "record of keeping promises is not a good one -- much has been promised but not delivered".

KINGSTON, Jamaica, March 15, 2019 (CMC) – The Leader of the main opposition People’s National Party (PNP), Dr. Peter Phillips, says the Andrew Holness-led government is out of touch with the realities of the Jamaican people.

Phillips, in his contribution to the 2019/2020 Budget Debate, yesterday, made the statement, based on the government’s plan to forgo J$14 billion in taxes.

The opposition leader, who started out by commending the current administration for maintaining fundamental aspects of the Economic Reform Programme, “which they inherited from us”, said the budget is based on an inadequate understanding of what is required to stimulate the level of growth that the country needs.

“The budget, presented by the Minister of Finance, ‘Santa Clarke’, gives us little comfort, in the fact that it excluded the majority of Jamaicans from the Minister’s give-back. This is NOT building a new Jamaica that works for all,” he opined.

Phillips said the Finance Minister’s narrative, of the “best of times”, is far from reality, and pointed to overcrowded and under-equipped hospitals, the hike in food and gas prices and crime.

“On top of all of this, is the reality of mismanagement and corruption. In this Debate, Mr. Speaker, we have to recognize the experiences of the overwhelming majority of Jamaican people, who, every day, are struggling to make ends meet. We must do this, because the official narrative, your narrative, leaves them out! There must be a better way!

He further questioned, who will be the major benefactors of the tax package.

Additionally, Phillips noted that on top of the hardships being faced by the majority of Jamaicans, there is the likelihood that growth will remain “anaemic”, as the “epic mismanagement” by the government has made life even harder for the majority of the people.

Phillips, a former Finance Minister, told legislators that the state of the economy has been confirmed in the international community.

“Over the past year, Jamaica’s ranking has fallen, on critical global indices that measure enabling factors for growth. The World Bank Report on the ‘Ease of Doing Business’, Jamaica fell from 70 to 75. This decline is also reflected in the Forbes ‘Best Countries for Business’ report, which shows Jamaica falling from 72 to 80…and the World Economic Forum’s Global Competitiveness Report points to Jamaica, falling from 70 to 79.This is NOT heading in the right direction,” the Opposition Leader argued.

On the issue of National Security, Phillips said the opposition stands “ready to give our support to any measure that will enhance national security. Therefore, let us build a national consensus, around an effective crime plan, and unite to change the reality for the people of Jamaica”.

He also voiced concern about what he said is the “persistent inequality in our society”.

“This inequality must be confronted, and defeated, if we are to achieve the levels of inclusive growth, needed to improve the quality of life for all Jamaicans. An objective assessment of the budget shows that it allocates the available resources, in a manner, which deepens and not reverses this inequality in the country,” he observed.

The opposition leader told legislators that the PNP is committed to building a more equitable society, in which poverty and social marginalization will no longer be the reality of the majority, while a chosen, connected few, enjoy “prosperity”.

Concerning the Prime Minister’s upcoming contribution to the budget next week, Phillips said Jamaicans have given the government notice.

“The Finance Minister has alerted us to the fact that the Prime Minister, in his budget presentation, next week Tuesday, will be coming with a bag of goodies. These goodies, no doubt, are intended to influence the outcome of elections.

“Let me remind the Jamaican people that the Prime Minister’s record of keeping promises is not a good one. Much has been promised but not delivered. The people have taken notice,” Phillips said.