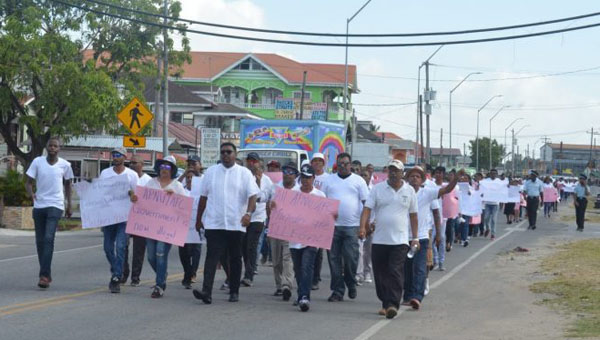 Armed with placards — with messages such as “Call elections now!” and “Our democracy is under threat! The APNU-AFC government is illegal; Guyanese demand elections now!” — and chanting that President Granger and members of his government must go, the protestors were led by the PPP’s presidential candidate, Mohamed Irfan Alli. 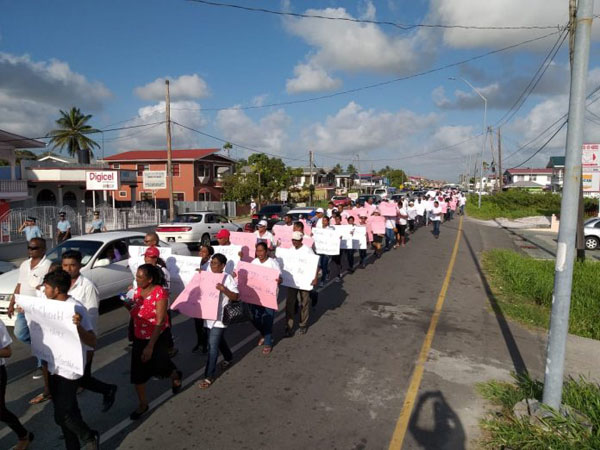 In a statement, posted on his Facebook page, Opposition Leader, Bharrat Jagdeo, said “this is a dark day for Guyana”.

“Our government is now illegal and they have effectively executed a coup d’etat, by blatantly violating the Constitution. Our jobs, investments, rights and freedom are now at risk. Ministerial and Presidential decisions and orders are now illegal. Join the protests for our democracy,” he added.

Jagdeo had successfully tabled a motion of no confidence against the coalition government on December 21, last year, and under the country’s constitution, fresh regional and general elections should have been held within 90 days of the passage of the motion or during an extended period, adopted by a special majority in the National Assembly. 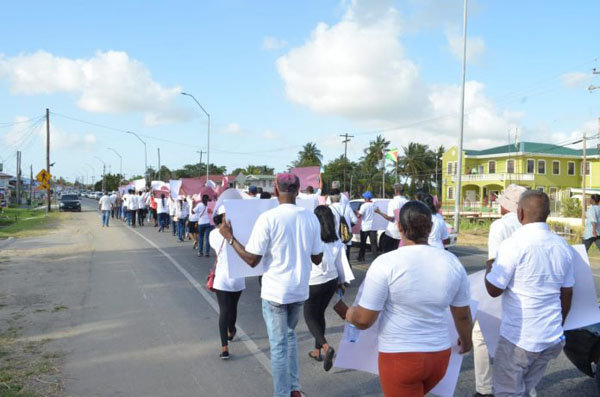 But the National Assembly has not met to debate the extension, and Jagdeo has insisted that the government would be illegitimate after March 21 this year. He had earlier called for the elections to be held by March 21.

However, the Guyana Elections Commission (GECOM), which Jagdeo has accused of colluding with the ruling coalition to stall the polls, has since said that it could only hold credible elections by “late November 2019”, at the earliest.

President Granger has said he will announce an election date “shortly” according to a letter sent to Jagdeo by the Minister of State, Joseph Harmon this week. 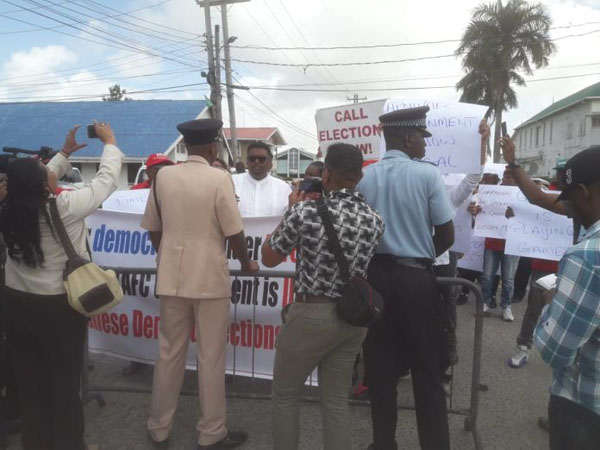 In Toronto, Canada, at 3:00PM today, the Canadian chapter of the Association of Concerned Guyanese (ACG-Canada) — an affiliate of Guyana’s main opposition, the Peoples’ Progressive Party-Civic (PPP-C) — will be staging a protest, in front of the Guyana Consulate office building.

In an advertising flyer, headlined “PROTEST! PROTEST! PROTEST!: In Solidarity with the People of Guyana against Dictatorship”, the ACG-Canada explains that it is “holding a Day of Protest, in support of the Guyanese people and their demands that the illegal and dictatorial APNU+AFC regime respect the Constitution of Guyana and resign now”.

The organisation is also calling on the David Granger-headed administration to announce new General Elections, immediately.