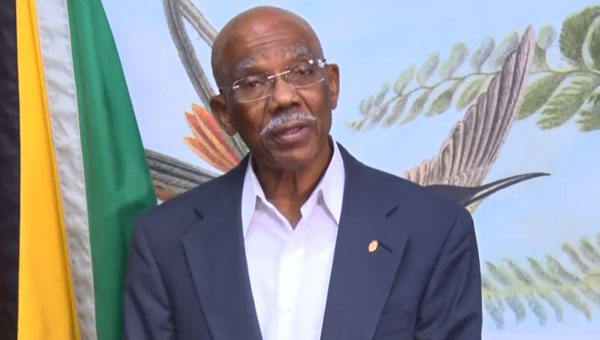 Guyana’s Court Of Appeal Rules No Confidence Motion Not Valid

GEORGEOWN, Guyana, March 22, 2019 (CMC) – The Court of Appeal ruled, this afternoon, that the motion of no confidence, passed by the National Assembly in December, last year, and resulting in the downfall of the coalition government of President David Granger, was not valid.

In a split decision, the three-member panel of judges said that the motion had to be passed by an absolute majority of 34 of the 65 members of the National Assembly, in order to have been valid.

Opposition Leader, Bharrat Jagdeo, had, on December 21, last year, successfully tabled the motion of no confidence against the three-and-a-half year old coalition government, after he had received the support of then-government legislator, Charrandas Persaud.

The government later appealed the High Court ruling that the motion was valid. The High Court also had refused to issue a conservatory order to stop the countdown to the 90-day period, during which regional and general elections had to be held, following the passage of a motion of no confidence.

Jagdeo has since been labelling the government as illegal, given that the deadline had passed, yesterday, and called on President Granger to name a date for the fresh elections.

Political and court observers say the matter is now likely to go to the Trinidad-based Caribbean Court of Justice (CCJ), Guyana’s highest court.