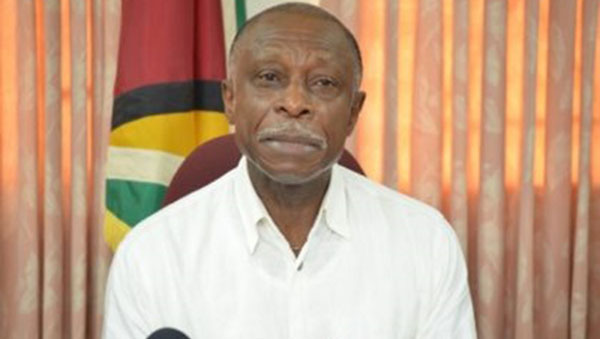 GEORGETOWN, Guyana, March 24, 2019 (CMC) – The Guyana government says Parliament will soon meet, to conduct the affairs of the country, even as Opposition Leader, Bharrat Jagdeo, said the main opposition People’s Progressive Party-Civic (PPP-C) will appeal the country’s appellate court’s ruling, on Friday, that the motion of no confidence, passed in December last year, was invalid.

Minister of Foreign Affairs, Carl Greenidge, who is acting-President, in the absence of President David Granger, said, in a broadcast on Friday night, that he was urging all citizens “to continue to conduct their business and go about their daily activities, with the full confidence that their safety and well-being are assured”.

“Henceforth, the situation, as regards Parliament, is restored to the position, as at 21st December, prior to the vote. Arrangements will be made for Parliament to meet and conduct its business, unhindered. There are no barriers to the President and the Cabinet moving forward, as they see fit and without unusual hindrances,” he said.

In a split decision, the three-member panel of judges said that the motion had to be passed by 34 — instead of 33 — of the 65 members of the National Assembly in order to have been valid.

Chancellor of the Judiciary, Yonnette Cummings-Edwards, and Justice Dawn Gregory ruled that the threshold required for a no-confidence motion was 34 votes, while Justice Rishi Persaud provided a dissenting ruling.

Greenidge told the nation that the ruling “underscores the respect for the judiciary and separation of powers”, as it has settled matters that had been discussed for a very long time and “had led to some uncertainty in the society”.

“The majority decision establishes that the coalition government is legal and lawful and, constitutionally, remains in office without hindrance,” he said, adding that the government had always been confident that the required threshold for a majority in the Parliament was 34 and not 33.

“This majority decision therefore re-affirms and underscores that democracy in Guyana remains robust and strong and that we are, as a society, making significant strides, with regards to how we approach complex and difficult problems in a mature and responsible manner,” he added.

But Jagdeo said he was disappointed with the ruling and that the matter would be taken to the Trinidad and Tobago-based Caribbean Court of Justice (CCJ), Guyana’s highest and final court. 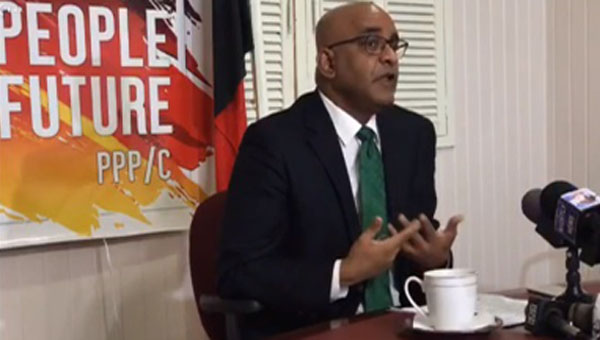 He described no “strange logic” could change what is in the Guyana Constitution, which says “a majority of all elected members of the National Assembly, and there are 65 of them, and therefore the majority has to be 33″.

“If this had to be overturned, I thought there would have been some other technicality, maybe on the issue of dual citizenship,” Jagdeo said, adding “I never thought that this issue of 34 is needed now to pass a no confidence vote.”

He said that “it is probably the weakest argument, yet there is a ruling of two to one in this nature, and we have to challenge it.

“We think we can, that the no confidence motion has been validly passed, and this strange importation into our Constitution of a concept, of simple versus absolute majority, when the Constitution says the majority of all elected members that…this weird interpretation is not enough to invalidate the vote,” he added.

Jagdeo said he was also urging the Guyana Elections Commission (GECOM) to continue with its preparation for an early poll, since he is confident of victory at the CCJ and would no longer appreciate efforts to stall the fresh elections.