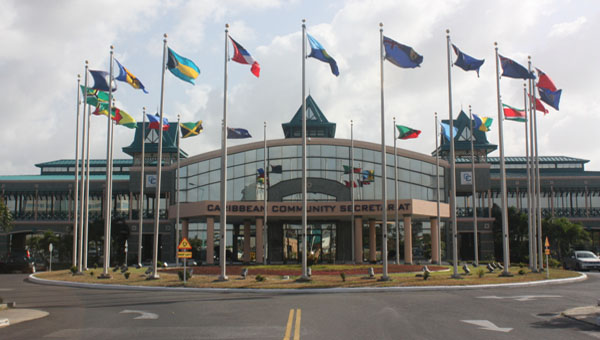 GEORGETOWN, Guyana, March 28, 2019 (CMC) – The Caribbean Community (CARICOM) has hit out at the European Union (EU) for blacklisting some member states, within the regional body.

In a statement, yesterday, the Guyana-based CARICOM Secretariat said, the revised list, issued earlier this month, is a “renewed attack on our Member States’ economic prospects, and constitutes an infringement of our sovereign right of self-determination, in the best interests of the CARICOM people”.

According to the EU, the countries, purportedly not adhering to good governance, include Barbados, Belize, Dominica, Trinidad and Tobago and Bermuda.

The EU also placed seven other CARICOM member states on a monitoring list, as the governments committed to undertake reforms by December 2019.

These countries are: Antigua and Barbuda, The Bahamas, St. Kitts and Nevis, Saint Lucia, Anguilla, the British Virgin Islands and the Cayman Islands.

“The narrative, provided by the EU Council, to support the inclusion of the blacklisted States, is grossly misleading, and misrepresents the response, in good faith, of our Members since the initial listing, in December 2017,” said CARICOM.

“Moreover, we are concerned that the EU’s ‘tax good governance strategy’ is beginning to border on anti-competitive behavior, targeted at the decimation of the international business/financial services sector in the Caribbean.”

The Caribbean Community says that the labelling as “non-cooperative tax jurisdictions” has wreaked irreparable reputational damage on our small, highly-vulnerable Member States.

According to CARICOM, member states have acted in good faith to “mitigate this egregious action, by the European Union, while upholding the shared-values and principles underlying the United Nations Addis Ababa Action Agenda”.

“These principles emphasize, inter alia, shared responsibility, mutual accountability, fairness, solidarity, and different and evolving capacities, in respect to the mobilization of resources to achieve the 2030 Agenda for Sustainable Development.”

The Secretariat notes that the process of engagement, which has unfolded, between CARICOM Member States and the European Union, specifically from the latter part of 2017 until the present, “has regrettably, been devoid of the shared-values that have informed our relationship, over the years prior. There is a clear regression to the days of metropolitan-imposed policies on the governed”.

CARICOM says that the Economic and Financial Affairs (ECOFIN) Council’s allegation of ‘harmful tax regimes’ not only lacked any supporting empirical evidence, but the process has been non-consultative, inflexible and insensitive to our circumstances, as small, highly-vulnerable States, seeking to build both economic and climate resilience.

“Moreover, the EU has selectively relied on the Organisation for Economic Co-operation and Development (OECD) tax governance process to pursue the blacklisting of jurisdictions, like Dominica and Trinidad and Tobago, while ignoring the conclusions of the OECD FHTP, in respect to the tax regimes in Barbados and Belize,” the CARICOM statement noted.

“It is becoming apparent, that the actions of the ECOFIN Council are designed to destroy the financial sector in our Member States, even as we seek to build resilience in all our economic sectors, in order to mitigate our inherent vulnerabilities. The Caribbean Community deplores this injurious development and will continue to resist this retrograde approach, by the EU.”