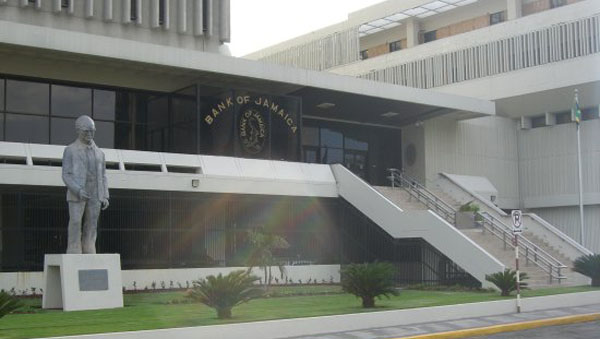 KINGSTON, Jamaica, March 28, 2019 (CMC) – The Bank of Jamaica (BOJ) is reducing the policy interest rate, offered on its overnight balances, by 25 basis points, to 1.25 percent, in a move, aimed at returning and retaining the inflation rate, within the four to six percent target range, by December 2020.

“The rate reduction is intended to stimulate an even faster expansion in private-sector credit, which should lead to higher economic activity, consistent with the inflation target,” the BOJ announced, in a statement.

It explained that its most recent assessment, in February 2019, projected that inflation would fall below the target at several points, over the next year, before gradually getting to the target’s midpoint range, over the medium term.

The BOJ, the country’s Central Bank, said it anticipates that the key sources of upward price pressure, over the next eight quarters, are likely to emanate from increases in domestic agriculture prices to more “normal” levels; some imported inflation, resulting from moderate crude oil price increases; and improved domestic demand conditions, consequent on the central bank’s accommodative monetary policy stance, over the past 18 months.

Current assessments suggest that the risks to the inflation forecast have shifted to the downside, indicative of a likely lower out-turn.

The Statistical Institute of Jamaica (STATIN) reports that annual inflation, as at February 2019, was 2.4 percent, as against 2.3 percent in January and 4.4 percent in February 2018.

But the BOJ noted that all underlying inflation measures, as at February 2019, “continued to be low”, adding that it suggests that recent economic activity improvements have not been adequate to propel inflation back to the target.

The BOJ said inflation is likely to trend below the projected path, primarily as a result of expectations for a lower-than-projected pass-through of international oil prices to domestic energy costs.

“In addition, the prospect of favourable conditions could result in lower-than-anticipated increases in agricultural prices,” the BOJ said in the statement.