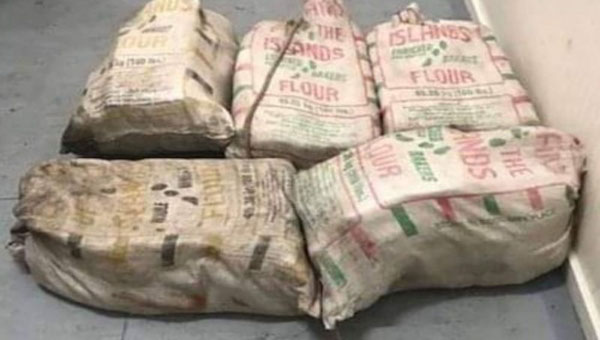 The Office of National Drug and Money Laundering Control Policy (ONDCP), in collaboration with the Customs and Excise Enforcement Department and the K9 Unit of the Royal Police Force Antigua and Barbuda, said they were on a joint-patrol on the southern side of the Island, when the seizure was made.

According to the law enforcement officials, while in the vicinity of Urlings Wharf, they observed an individual acting suspiciously. As the officers approached the individual, he ran and disappeared into the mangrove.

The ONDCP said that while in pursuit, officers discovered several crocus bags, scattered around the swampy area, on the eastern side of the wharf. The bags contained 123 brick-like packages of the controlled substance cocaine, weighing approximately 142 Kgs.

It said had an estimated street value of EC$4.98 million and that investigations were continuing.