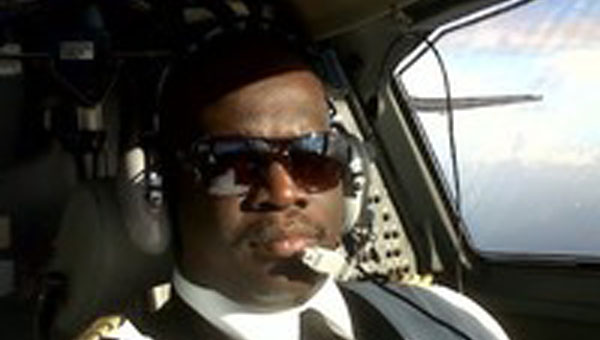 BRIDGETOWN, Barbados, March 29, 2019 (CMC) – Pilots employed with the cash-strap regional airline, LIAT, confirmed, today, that they had agreed to, a less than 10 percent salary cut, in a bid to keep the airline in the air.

President of the Leeward Islands Airline Pilots Association (LIAPA), Carl Burke, told the Caribbean Media Corporation (CMC) that while he was not at liberty to disclose the exact amount the pilots had agreed to, pending the Prime Minister, Mia Mottley, of Barbados, receiving the necessary communication, he was nonetheless indicating that it was not the 10 percent that had been requested.

He said, during a meeting with LIAT, a request had been made for the 10 percent pay cut, across the board, and that the pilots “wrote to them and said we did not have the confidence in LIAT’s management to take us out (of this)… and we were very cautious about making an investment in the company at this time”.

“We met with the shareholders, on Tuesday, and Prime Minister Mottley did give a guarantee, at the shareholder level, that she would ensure that there was accountability and it would not be business as usual,” Burke relayed.

He said that pilots, on Thursday night, “actually voted” on the salary cut, which has since been communicated to Prime Minister Mottley.

“At the moment, I have to make sure that she has received our communication, before I could give you that information.…(but) it is less than 10 percent, it is not 10 percent,” Burke told CMC.

The shareholder governments of the airline — Antigua and Barbuda, Barbados, Dominica and St. Vincent and the Grenadines — have been seeking to get other Caribbean countries to contribute a total of US$5.4 million, in emergency funding, needed to keep the airline in the sky.

At the same time, 11 destinations had been given until March 15, to respond to the airline’s minimal revenue guarantee (MRG) proposals.

Under and MRG model, it is likely that a few flights may be cut if the government is not prepared to fund them with a guarantee.

Media reports, here, said that trade unions, representing the airline’s workers at its 15 destinations, had, during a six-hour meeting here on Wednesday — involving Mottley and her St. Vincent and the Grenadines counterpart, Dr. Ralph Gonsalves — agreed in principle to the salary cut, pending further deliberations with their members.

The unions are reported to have agreed to a six percent salary cut.

The Barbados-based online publication, Barbados TODAY, reported, today, that the airline could collapse, if LIAT management is not given a positive response from the trade unions, before the Barbados financial year ends, on March 31.

“LIAT’s finances are so dire that if they do not come to an agreement to allow for savings for the shareholders, which would keep LIAT viable, the airline could fold,” the publication quoted a source as saying.

Burke dismissed suggestions that the pilots were to blame for “holding up” efforts to ensure the survival of the airline, telling CMC, “I don’t think we should have been blamed for that, as I stated earlier on, we have been in a situation, where the management has made some serious blunders over the years, and this has placed us in the position we are in right now”.

“The pilots took the time out to explain a lot of these things to the shareholders. They basically are now being brought into the loop …with the day-to-day running of LIAT. They listened to us, they are very concerned about what the unions brought to the table.

“And as I said, Prime Minister Mia Mottley, being a new player at the shareholder level, has recognised that things have to be fixed, within LIAT, or otherwise, we will always be coming, cap in hand, to the shareholders, seeking more funding.

“This should not be. The shareholders should not be taking tax payers money to place into LIAT, like this, every year and, hopefully, things will get more serious at the board level,” he added.

“So hopefully we will see some changes and we will be in a better position to improve the company’s performance,” Burke told CMC.