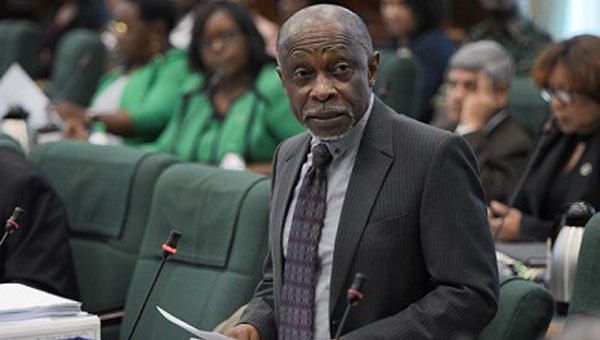 GEORGETOWN, Guyana, April 2, 2019 (CMC) – Four coalition government legislators — including Vice-president and Minister of Foreign Affairs, Carl Greenidge — have submitted their resignations to President, David Granger, with the government saying it is in keeping with the ruling of two courts in Guyana.

A brief government statement said that President Granger had “received and accepted” the resignations, yesterday, and that “these members will not be returning to Parliament therefore, when it reconvenes on April 11, 2019”.

The High Court and the Court of Appeal ruled, earlier this year, that legislators, who hold dual citizenships, were not qualified to be Members of Parliament, in keeping with the Guyana Constitution.

The rulings came, as the coalition government challenged the High Court ruling that the motion of no-confidence, passed in the National Assembly on December 21, last year, was valid.

The matter has now gone to the Trinidad and Tobago-based Caribbean Court of Justice (CCJ), Guyana’s highest court, after the Court of Appeal, last month, in a majority-decision, ruled that the motion should be invalidated.

Guyana’s Minister of State, Joseph Harmon , who, last week, announced that the four government legislators with dual citizenship would sit in Parliament, next week, when it reconvened, has resigned. Photo credit: DPI.

On Monday, Opposition leader, Bharrat Jagdeo, who had tabled the motion of confidence, had accused the government of duplicity.

“The government is so duplicitous, it urges us to respect the ruling of the Court of Appeal, which, we have said we will respect, and that’s why we have taken the case to the CCJ. The government itself does not want to respect the ruling of two of our courts, which say that dual citizens are illegal and they said they will convene Parliament and the four government dual citizen members will attend.

“So, on one hand, they sought to invalidate Charrandass’s (Persaud, who voted with the opposition) vote on the basis that he was a dual citizen, and now they will rely on the vote of dual citizens to pass bills, although two courts have ruled that it is illegal,” he told radio listeners.

The Opposition Leader said that is why the main opposition People’s Progressive Party (PPP) dual citizenship legislators will not attend the Parliament, and therefore does not have to resign.

“They will not be at any sitting of the National Assembly. So they don’t have to resign,” Jagdeo said.

Media reports here speculate that the government legislators would most likely be given new roles, within the coalition government, as new legislators replace them in Parliament.