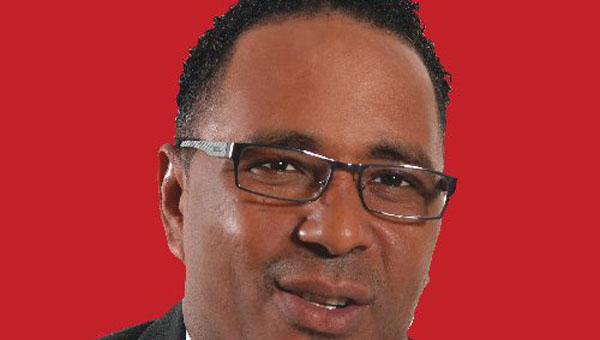 Dominica's Health Minister, Dr. Kenneth Darroux, said was it up to him, he would have said to Mexico, which promised five million US dollars to the island, thank you, and moved on from the deal.

ROSEAU, Dominica, April 8, 2019 (CMC) – Health Minister, Dr. Kenneth Darroux, says he is frustrated at the delay, regarding the construction of a Mexico-funded hospital for Marigot, in north eastern Dominica.

“To be honest, and in all fairness, I mean, you can understand how the population, in that part of the country, how they are feeling, and while I said I am not trying to make any excuse or trying to encourage anything, were you in their shoes, you would understand that after this long period of time, that their anxiety level will be high,” Darroux told a news conference.

Earlier this week, Opposition Leader and parliamentary representative for Marigot, Lennox Linton, urged constituents to stage a demonstration, calling on the government to build the hospital, which, he said, serves a wide section of the northern and eastern section of the country.

Darroux said that following the passage of Tropical Storm, Erika, in 2015, Mexico approached the government, indicating that it was prepared to give a grant of five million US dollars, towards the rehabilitation of the country.

“We decided we would use it towards the construction of the Marigot Hospital. At this point, as the Minister, I was very excited, because I felt that, under my tenure, that we would see the construction of the Marigot Hospital and, at least, I would walk out of this politics thing, having at least accomplished or dispelled the myth that’s being going on, as it pertains to that part of the country,” the Health Minister explained.

Darroux told reporters that “every other week, some new document is sent to us to be signed”.

“We sign it, hoping that everything is okay,” he said, adding “you are looking at a very frustrated minister, as it pertains to that particular project …and I am being honest, I really cannot find better ways to say it”.

Darroux said during the last cabinet meeting, he had informed his colleagues that they have reached the point, where some serious decisions have to be made.

“Were it up to me, I would tell the people, thank you, a long time; thanks for the offer and move on,” he said, adding that there are other things to consider, “such as the issue of foreign diplomacy…”

Darroux said that Cabinet is deeply contemplating the way forward, for the people of the Marigot Health District, and thanked them for their patience and understanding.

The United Nations Office Project Services (UNOPS) has been contracted to prepare the designs for the Marigot Hospital and to manage the project, according to the government.