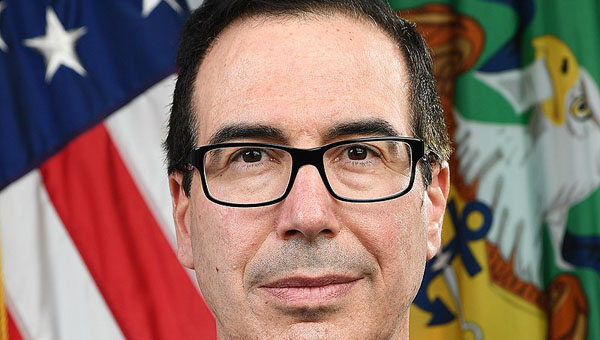 US Treasury Secretary, Steven T. Mnuchin, claims that “Maduro and his enablers have distorted the original purpose" of Venezuela’s national development bank, BANDES.

US Sanctions Companies ‘Enabling’ Shipment Of Venezuelan Oil To Cuba

WASHINGTON, District of Columbia April 8, 2019, (CMC) – The United States Department of State says the Trump administration has sanctioned two companies that it claims, are “enabling” the shipment of Venezuelan oil to Cuba.

The State Department said that the US Government, on Friday, sanctioned Ballito Bay Shipping Inc. and ProPer in Management Inc., operating in Venezuela’s oil sector, and the vessel, Despina Andrianna, “used to transport oil” to Cuba.

Additional vessels, in which Venezuela’s state-owned oil company, PDVSA, has interests, are being identified as “blocked property, pursuant to Executive Order 13850”, the State Department explained.

“These actions target entities and vessels that have been enabling the former Maduro regime, to continue to undermine the prosperity and democracy that Venezuelans deserve,” the State Department added.

“The former Maduro regime continues to line its pockets with the profits from natural resources that properly belong to the people of Venezuela,” the statement claimed. “Meanwhile, Cuba is propping up the former regime and facilitating its repression of the Venezuelan people, through its military and intelligence support to Maduro.

“The United States is taking action to curtail this and other ongoing corrupt activities of Nicolas Maduro and malign actors,” it added. “We encourage companies, banks, and other institutions to refrain from providing services that support his repressive practices.“

“We also urge countries to take appropriate legal measures to deprive Maduro and his cronies of assets, held overseas, and to prevent travel to their countries,” the State Department continued. “We will continue to use the full weight of US economic and diplomatic power to complete the peaceful transition to a once-again free, prosperous and stable Venezuela.”

Last month, as US President, Donald Trump, met with a select group of Caribbean leaders at his Mar-a-Lago resort in Palm Beach, Florida, the US Department of Treasury announced that it was heightening sanctions on Venezuela.

Trump met with the Prime Ministers of Jamaica, the Bahamas and St. Lucia – Andrew Holness, Hubert Minnis and Allen Chastanet, respectively – and the Presidents of Haiti, Jovenel Moise, and the Dominican Republic, Danilo Medina.

The US Department of the Treasury said it was imposing new sanctions on the South American country, purportedly in response to the kidnapping of a top aide of Venezuela’s Opposition Leader, Juan Guaidó, who Trump is determined to replace Maduro with.

US Treasury Secretary, Steven T. Mnuchin, claimed that “Maduro and his enablers have distorted the original purpose of the bank, which was founded to help the economic and social well-being of the Venezuelan people, as part of a desperate attempt to hold onto power.”

The US Treasury Department said that, as a result, “all property and interests in property of these entities, and of any entities that are owned, directly or indirectly, 50 percent or more by this entity, that are in the United States or in the possession or control of US persons, are blocked and must be reported to OFAC”.