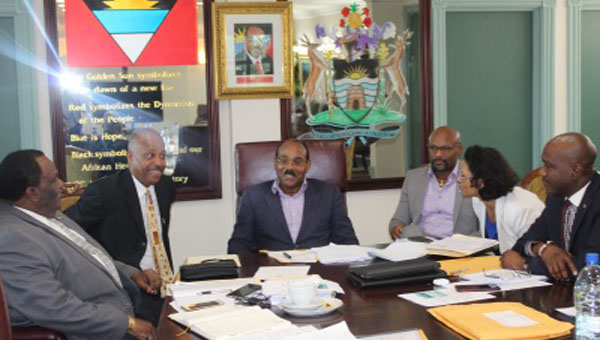 ST.JOHN’S, Antigua and Barbuda, April 12, 2019 (CMC) – The Vice Chancellor of the University of the West Indies (UWI), Sir Hilary Beckles, held talks with the Antigua and Barbuda government, yesterday, regarding the opening of the fourth campus of the regional tertiary institution.

The government says that the Five Islands Campus should be opened in September, with at least 1,000 students and, according to a Cabinet statement, issued here, the Vice Chancellor of the University of the West Indies was invited to Cabinet, to announce the pending decision of the accreditation council.

“The Fourth Landed Campus of the University of the West Indies — the Five Islands Campus — is to be approved, when the Council next meets, in two weeks. The amount required, annually, the Council will determine, is likely to be met by the Antigua and Barbuda authorities; the infrastructure is also in place to meet the tailored financial capabilities,” the statement noted.

He said the twin-island country is better prepared for the launch of its campus, than had been the case, when the campuses were launched in Barbados and Jamaica, more than 53 years ago.

“We are starting also, with a greater strength of alumni,” he added

The Cabinet statement noted that the discussion also focused on staffing; meeting student satisfaction; building sporting facilities; and approaching friendly countries for assistance, with expanding the university, noting “these topics were also addressed, by the Cabinet and the Vice Chancellor”.