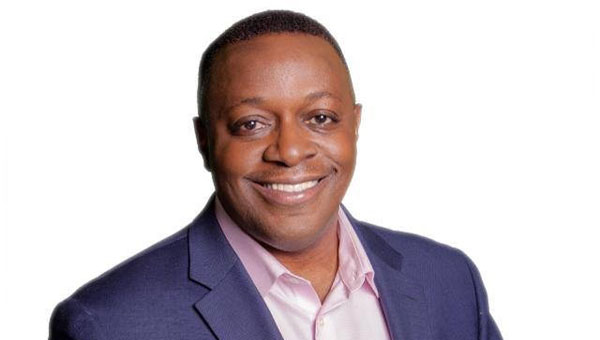 Michael Forrest, President of the Forrest Management Group, is the brains and drive behind the new Canadian Black Chamber of Commerce (CBCC) that will be launched next week in Toronto. Photo contributed.

TORONTO, Ontario April 17, 2019 – The Canadian Black Chamber of Commerce (CBCC) will be officially launched, next week Thursday, April 25, with a discussion about Black-owned businesses, led by an expert panel.

Self-described, on its preliminary website, as “The hub of the Canadian Black business eco-system”; “Providing Canadian Black Businesses with a voice on (Parliament) Hill” and “Accelerating the contribution of Black Canadian businesses in key sectors”, the new organisation says it “is committed to aiding in the growth, development and success of Black businesses across” Canada.

In a media release, on Monday, the CBCC explained its rationale for its birth: “With a population of approximately 200, 000 in the GTA (approximately 8.5 percent of the total population), who identify as Black, there is a need for an organization, like the Canadian Black Chamber of Commerce, to assist in growth, development and networking — not only in Toronto — but across the country.”

In support of its argument, it pointed to a 2015 study, “Black-led Businesses In Toronto: Building Opportunities for Growth and Prosperity” — conducted by the Black Business and Professionals Council Advisory Body of the City of Toronto and co-sponsored by the City of Toronto — that revealed that African Canadians, who participated, were predominantly self-employed (48%); 32% of them employed two to five individuals; and only 1 % employed, at least 101 employees.

“The goal of the Chamber is to be the national voice of Black Canadian businesses and entrepreneurs,” explains founder, Michael Forrest, who is also the president of the Forrest Management Group. “We are dedicated to building a prosperous Black Canadian community.”

The topics that will be dealt with in panel discussion are: “Breaking Down Barriers To Growth”; “Supporting Black Entrepreneurship”; “Investing In Black-owned Businesses”; “Access to Capital and Funders”; and “U.S and Global Trade”.

The guest panelists will be: Nadia Theodore, Consul General of Canada to the Southeastern United States; Ron Busby, President/CEO of the U.S Black Chambers Inc. (USBC) — “The national voice of Black business”; and Mary Ng, Minister of Small Business and Export Promotion.

“I always say that we must ‘see it to be it’, and so the importance of an ecosystem and network that will encourage and support the proliferation and success of Black-owned and Black-led businesses cannot be overstated,” says Ng in the CBCC release.

Consul General Nadia Theodore also expressed enthusiasm for the idea of the CBCC: “I’m excited about the opportunities that the Canadian Black Chamber of Commerce can provide to Canadian businesses, especially as they seek to grow in the U.S. market and globally.”

While USBC President, Ron Busby, added, “Without a doubt, it will serve as a key resource to Black Canadian entrepreneurs.”

The CBCC disclosed that affiliate chapters will be launched in other Canadian provinces in the coming weeks.

The official launch of the CBCC will be held, on Thursday, April 25, at Metro Hall, 55 John Street in Toronto, starting at 6:00pm.

For more information on the CBCC visit: www.blackchamber.ca.