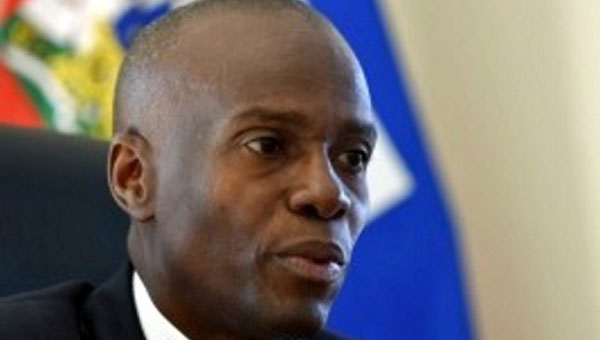 Moise said he held an “important meeting” with the members of the Superior Council of the National Police (CSPN).

“After an important meeting, with the highest authorities responsible for the security of the country, I gave formal instructions to take urgent measures to counter armed bandits that threaten peace in homes and public safety,” he added.

The president’s disclosure comes after two men were stoned to death for fatally shooting a forest officer, during a botched robbery, yesterday.

Media reports said that three armed bandits had attacked and robbed a depot of food supplies in Delmas, a commune, east of the capital, when they shot and killed the forest officer, as they made their getaway.

“In anger, the residents caught up with two of the bandits, who were trying to flee on a motorbike, and stoned them to death, in front of the UDMO (Departmental Unit of Law Enforcement) agents passing through the area, (and who were) helpless, in the face of an angry mob,” the report said, noting that the third accomplice managed to escape.

The police said they have made no arrests, following the vigilante justice.

Earlier, Prime Minister, Jean Michel Lapin, who had presented his documents, indicating his suitability for the post to the Chamber of Deputies, told reporters that he is aware of the situation of insecurity in the country.

“We are part of the population. All buildings in the area are affected by these bandits. So, we are aware …the country has developed, since 1986, a form of banditry that has evolved to put the State, today, in front of armed guerrillas,” he said.

Observers say that they fear that the armed gangs will not entertain a truce, during the Holy Week, and that the population is not convinced that the Haitian National Police (PNH) and its special units are able to regain control of the situation and restore calm, while the country’s most wanted man, Amel Joseph,  publicly challenges the police.