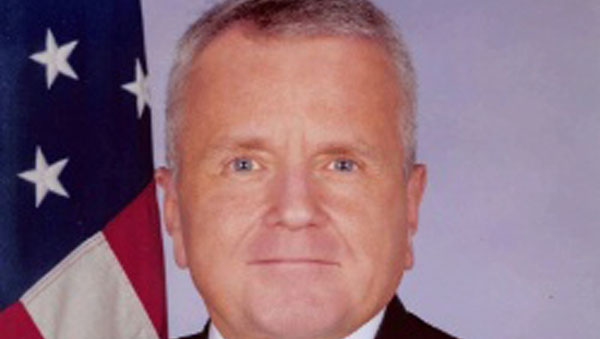 John J. Sullivan, the United States Deputy Secretary of State, led an inter-agency team of US senior officials and experts to Miami, where he hosted ministers and disaster management officials, from 18 Caribbean countries, and launched the new “US-Caribbean Resilience Partnership”. Photo credit: US State Department.

US Says New Initiative Will Strengthen Relations With The Caribbean

WASHINGTON, District of Columbia April 17, 2019 (CMC) – The United States says the “US-Caribbean Resilience Partnership”, which was launched in Miami, last week, will strengthen the relationship with the region and advance “shared interests”, in achieving greater resilience to natural disasters.

“The United States, through funding provided by the United States Agency for International Development (USAID), will roll out storm surge mapping to additional countries in the Caribbean, enabling governments to assess and mitigate flooding risks, from tropical cyclones and tsunamis,” the State Department said, adding that Washington, through the National Oceanic and Atmospheric Administration (NOAA), will continue to offer weather information-sharing capabilities with Caribbean countries.

Washington added that regarding space technologies for risk reduction and resilience, it will, through the National Aeronautics and Space Administration (NASA), make geospatial information “openly accessible, understandable, and readily-useable with Caribbean partners, to ensure the region’s decision-makers and stakeholders have the tools, necessary to implement sustainable resilience policies”.

The State Department said officials, from the Caribbean and the United States, will continue high-level policy dialogues and collaboration on the use of Earth observation tools, to build resilience and reduce risk, during the “Understanding Risk: Caribbean Conference” in Barbados on May 27, and at the  NASA-led workshop on vulnerability and exposure of infrastructure in Puerto Rico, August 6-8.

Washington said it would also be “an active partner”, when Jamaica hosts the first United Nations International Strategy for Disaster Reduction (UNISDR) Americas and Caribbean Regional Platform for Disaster Risk Reduction meeting, in 2020.

The United States, through USAID and in partnership with the US Geological Survey (USGS), will offer technical assistance to the University of the West Indies’ Seismic Research Center for Dominica and other Caribbean countries, to build technical skills for monitoring volcanoes, via the Volcano Disaster Assistance Program.

“This assistance will help Caribbean countries continue improving their ability to provide early warning,” the State Department said, adding that the United States supports resilience to terrestrial hazards, through the installation of seismic stations for the Caribbean Tsunami Early Warning System, as well as technical consultations and capacity-building on coastal inundation and erosion hazards.

Through the Inter-American Foundation (IAF), the State Department revealed the US plans to provide US$650,000 in grants, to eastern Caribbean community organizations, to improve disaster-mitigation and resilience.

Under the Caribbean Energy Security Initiative (CESI), the Department of State said it is working toward “resilient, cost-effective and secure energy re-development efforts”, in support of disaster recovery in Antigua and Barbuda and Dominica.

Building on this effort, US and Caribbean officials announced the Advancing Caribbean Energy Resilience (ACER) Workshop, to be organized by the US Department of Energy in partnership with the Department of State and the Organization of American States (OAS), in Puerto Rico, May 2-3.

“The ACER workshop will further advance energy resilience in the Caribbean, and bring together technical experts and regional policymakers, to learn about tools for powering critical infrastructure and micro-grids,” the State Department added.

In addition, Washington will offer skills-development training to the Caribbean Red Cross National Societies and to their volunteers, and will also work with CEDMA and RSS to strengthen regional response capabilities.