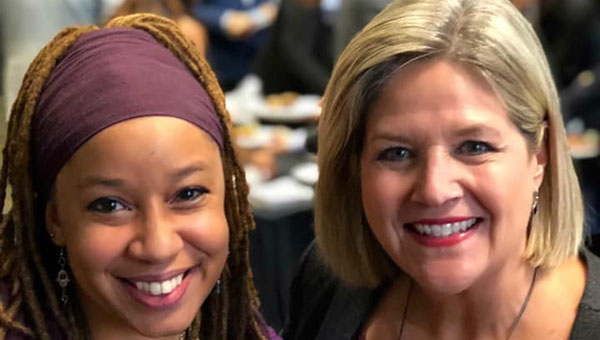 The Chair of the official, newly-formed NDP Black Caucus, Dr. Laura Mae Lindo (left), and NDP and Official Opposition Leader, Andrea Horwath, who made the announcement of the formation of the Party's Black Caucus on Monday.

The opposition party made the announcement, in a media release, on Monday, with leader, Andrea Horwath, who has been its head, since March 2009, noting “Black community members should see themselves represented and respected, when they look at their government.”

“Black Canadian leaders must be at the table, when every decision is made. That’s why I’m so proud to announce the formal creation of the Ontario NDP’s Black Caucus, chaired by our Anti-Racism Critic and MPP for Kitchener Centre, Laura Mae Lindo,” added Horwath. 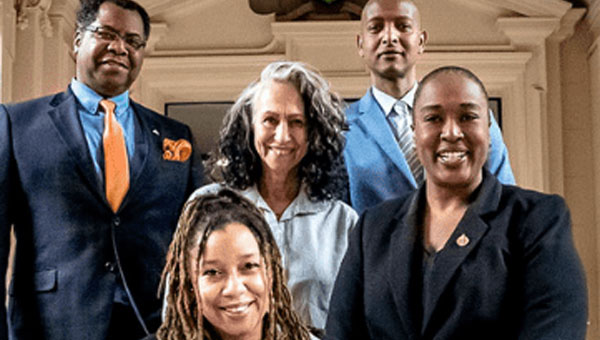 “This is the first official Black caucus in Ontario’s history. It is the first time any party has elected enough Black members to form a caucus, and the first time a body like this has been formally identified, as a key priority,” the NDP Leader commented.

“What we’re putting out there, by formalizing this caucus, is that we expect and believe that the Ontario NDP MPP Black Caucus will continue for generation after generation, growing after every election.”

The Black caucus was established, as a direct result of an initial Black community leaders’ roundtable discussion, with the NDP, at Queen’s Park, the release explained.

“This discussion, which was a key step in cultivating and advancing an ongoing partnership, between the NDP and the Black community, gave members of the NDP caucus the opportunity to hear from Black community leaders.

“A key recommendation was the importance of formalizing representation, and direct engagement, with the Black community, as a distinct group,” it elaborated.

The establishment of the Black caucus is part of the Ontario NDP’s continued commitment to working with Black communities — from Zanana Akande’s trailblazing work, establishing the Anti-Racism Secretariat, in the 1990s; to aggressively pushing the previous Liberal government to abolish carding, instead of legislating it; and the Party’s present call, for the government to not only eliminate carding in Ontario, but also destroy all data, obtained from the unconstitutional practice, the release said.

Chair, Laura Mae Lindo, said, “The mandate of the NDP Black Caucus is to ensure that Black perspectives are meaningfully incorporated into the work that New Democrats do, on every file — from finance, to health care, education, housing, the Arts and beyond.

“Our mandate is to work, actively and collaboratively, with Black communities, to address systemic anti-Black racism, by proposing policy solutions that will help build a future of equity, justice, respect and safety.”

“It’s time for political leadership in this province, that isn’t content with backsliding or even with a slow pace of change, but that instead, works, actively and urgently, with the Black community to build a future of equity, justice, and respect,” she added.