New in Pride
Home / Sports / Caster Semenya Vs IAAF: Ruling Will Have Big Implications For Women’s Participation In Sport 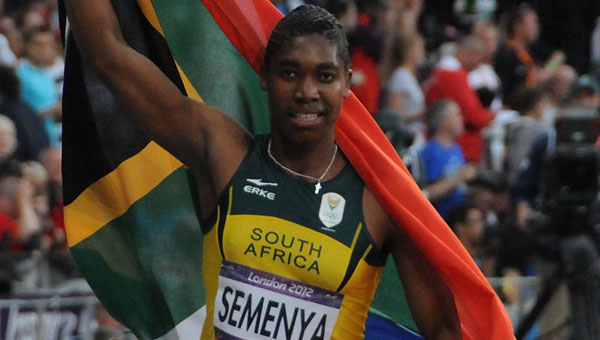 Caster Semenya Vs IAAF: Ruling Will Have Big Implications For Women’s Participation In Sport

When can a woman not compete with other women? This is, in essence, the question at the heart of the hearing currently before the Court of Arbitration for Sport (CAS), the international body that helps settle disputes related to sport. The ruling in the case of Mokgadi Caster Semenya and Athletics South Africa v International Associations of Athletics Federations (IAAF) is due at the end of April.

The case centres on the legality of a 2018 IAAF eligibility regulation for women with differences of sex development (intersex women), defined by the IAAF as women who have testosterone levels of over five nanomoles per litre of blood (nmol/l) and whose bodies can ostensibly use that testosterone better than other women can. Under these rules, women athletes with differences of sex development would have to reduce, and maintain, their testosterone levels to 5nmol/l or less in order to compete. The reasoning behind the regulation is that women with naturally high testosterone levels, and whose bodies are apparently highly sensitive to that testosterone, have a significant performance advantage over their peers in certain events.

However, this assertion has to be called into question. First, because research has been unable to prove a direct, causal relationship between testosterone levels and athletic performance – given that so many other factors play a role. And second, because there is no valid laboratory test to determine a woman’s degree of sensitivity to testosterone. Currently, the IAAF mandates physical, gynaecological, and radiological imaging to determine physical signs (such as an enlarged clitoris) as a proxy for testosterone sensitivity. However, this approach is not reliable, liable to false interpretation and subjectivity, and widely viewed as inappropriate and an invasion of privacy.

The case so far
In 2015, following another case before the CAS, a previous iteration of the regulation was suspended and the IAAF was given a deadline to produce new evidence to uphold regulating women’s participation in this way. The IAAF subsequently developed the now contested 2018 regulation on the basis of a new study, which showed a supposed “performance advantage” for specific track events.

However, as my co-author and I argued in a BMJ editorial, this study was shown to be flawed and the authors subsequently acknowledged errors in the data used for the research. This is a red flag of the “science” that underpins the 2018 IAAF regulations. It draws into question the justification for the regulation for these, and indeed any, athletic event. It is against this background that we arrive at the 2019 CAS hearing.

Testosterone levels
Sports organisations have been grappling with the question of eligibility for years now. In reality, however, the science of this issue is quite clear. From a scientific and medical standpoint, we know that testosterone is not the only – or even primary – indicator of sports performance. Indeed, there are many other factors at play – including training, funding, and access to resources – in the development of a winning athlete.

Further, in non-athletes, testosterone ranges between 0.4-2.0nmol/l in girls and women. In elite women athletes, the testosterone range has been shown to be between 0.4-7.7nmol/l, and that women can and do have much higher levels than that, which can also overlap with men’s ranges. So an arbitrary 5nmol/l limit for women could have the effect of capturing and regulating a much larger group of female athletes than intended, including women with polycystic ovarian syndrome (who naturally have high levels of testosterone).

In a rebuttal to our BMJ editorial, Stéphane Bermon, a director in the IAAF Health and Science Department, wrote that the IAAF regulation testosterone cut-off point of 5nmol/l is not arbitrary, but rather aims to include women with polycystic ovarian syndrome but to exclude women with differences of sex development. The glaring inconsistency here is that we simply cannot distinguish between these groups based on blood testosterone alone, never mind determining who is sensitive to testosterone and so has a supposed “performance advantage”.

The ‘sex testing’ of women athletes 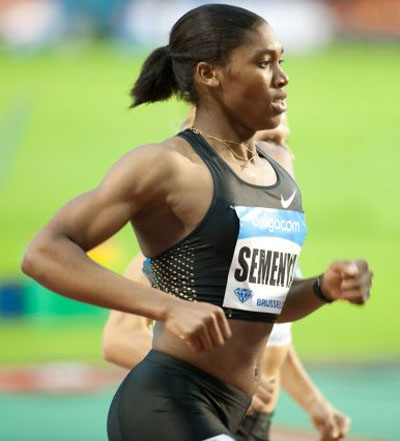 Just because regulations exist does not mean that they are evidence based, ethical, or even effective. The crux here is that this kind of regulation has its legacy in the long and problematic history of “sex testing” women athletes. It is no accident that the vast majority of athletes affected by these regulations are black women and women of colour from the global south who do not conform to Western ideals of femininity.

We don’t yet know what full evidence, beyond a review from Bermon and colleagues, before the current CAS panel is. But we do know that sex and gender are incredibly complex. Historically we have defined humans as binary “male” or “female”, based on what we knew then about genes and anatomy. This was a clear and useful way of categorising sports participation. But 21st-century medical and social sciences have since progressed, and we now know that both biological sex and sociocultural gender are much more complicated than that.

In the animal kingdom, there are many species that are hermaphrodite, and in humans we now know there is a spectrum of sex (that includes people who are intersex) and gender (that includes people who are transgender). The complexity of sex in particular as a melange of genes, hormones, anatomy, biology can no longer be classified simply with a binary definition of male or female. It is, therefore, unfair and unethical for the IAAF to make new regulations for women’s sport – to the effect of excluding some women – based on outdated definitions and understandings.

It’s important to also understand the unintentional outcomes of regulations such as the one in question, including the ways in which regulations may potentially breach human rights. The Universal Declaration of Player Rights, which deals with the intersection of sport and human rights, reminds that an athlete’s right to participate in sport cannot be limited by gender (or any other identity-related factor, including sex). So we must understand both this history and unintentional outcomes of policy, including the ways in which regulations may entrench existing power relations.

Given that sport is currently organised according to the binary, and that this is unlikely to change in the near future, then men’s and women’s categories should be predicated on inclusivity. As Jennifer Doyle writes: “Women’s sports is not a defensive structure from which men are excluded so that women might flourish. It is, in fact, the opposite of this: it is, potentially, a radically inclusive space which has the capacity to destroy the public’s ideas about gender and gender difference precisely because gender is always in play in women’s sports in ways that it is not in men’s sports.”

The IAAF case matters because it is fundamentally about all women’s rights to participate in sport. If we do begin to regulate the participation of women with differences of sex development, then it will in effect stigmatise women athletes by categorising, labelling, and excluding them without scientific evidence or ethical consideration. Women should be allowed to compete with women, period. Otherwise we’re starting to talk about genetic superiority with no basis in truth, or humanity.

Sheree Bekker is a Prize Research Fellow at the University of Bath.