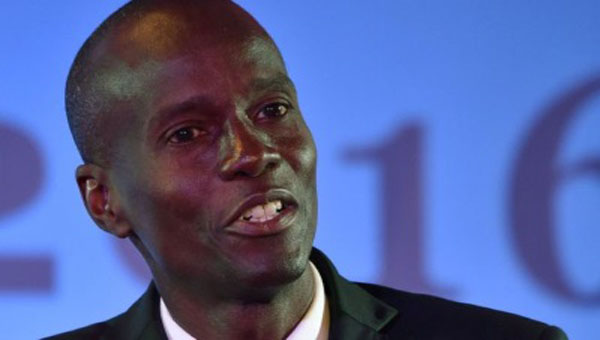 PORT AU PRINCE, Haiti, April 20, 2019 (CMC) – An investigating judge has cleared President, Jovenel Moise, of any involvement in a money laundering case that the authorities have been probing, for the past two years.

Judge Brédy Fabien in his report said that there was no evidence to prosecute Moise, and, on Wednesday, sent to the Commissioner of the Government, Paul Eronce Vilard, an order of dismissal that discharges Moïse from any charge of money laundering.

Prior to his election in 2017, the Central Unit of Financial Intelligence (UCREF), a government institution, concluded, in a report, there were indications Moise had laundered  money, through a personal account, he held with his wife.

After analysing the bank accounts of Moïse, UCREF, in its report, had concluded: “It is possible that Mr. Jovenel Moïse manipulated funds that have nothing to do with his companies”.

Moise has always denied the allegation.

In 2017, UCREF said it had received its first tip, against Moise, in 2013, under the Michel Martelly presidency. The information in the report came directly from Haiti’s financial institutions, UCREF’s Head, Sonel Jean-Francois, told journalists then.

The case resurfaced in January 2017, after police arrested Guy Philippe, a Moise ally and Senator-elect, who was extradited to the United States to face charges of money laundering and drug trafficking.