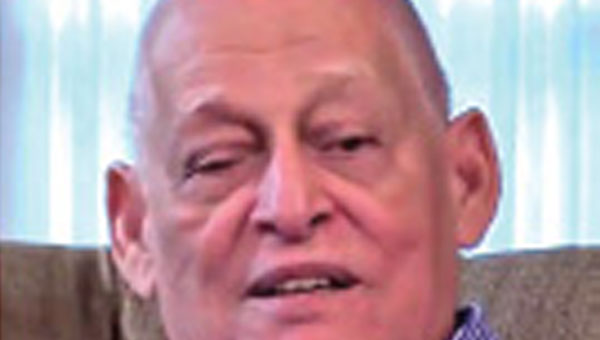 BRIDGETOWN, Barbados, April 22, 2019 (CMC) – The Vice-Chancellor of the University of the West Indies (UWI), Sir Hilary Beckles, has paid tribute to one of his mentors, Sir Alister McIntyre, who died, Saturday, at the age of 87.

“Shocking is the news, that our Sir Alister has passed. Larger than life in his long sojourn, it is difficult to embrace the finality of this existential fragility.  The people of the Caribbean, and their University of the West Indies — which he served as Vice-Chancellor — will not be impoverished by his transition, because the phenomenal richness of his contributions to their growth and transformation will continue to yield development dividends, deep into the future,” Sir Hilary said, in a condolence message.

“The love and respect, we carry in our bosom for him, will bloom a thousand blossoms. To him I say, “Farewell brother, mentor, friend, and leader.  On behalf of your cherished UWI and the regional academy you guided and grew, go well into that bright light,” he added. 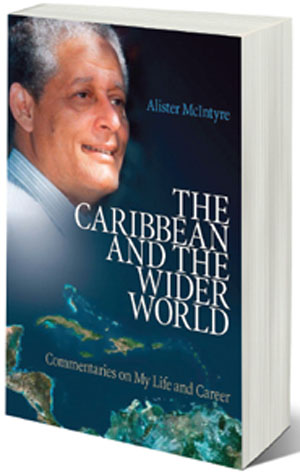 The Grenada born, Sir Alister, served as Vice-Chancellor emeritus of the UWI. An economist, by training, he graduated from the London School of Economics and Political Science, with first class honours.

In his early career, he was a lecturer in economics at the St. Augustine campus of the UWI in Trinidad and Tobago, and at the Mona Campus in Jamaica, which has a building, bearing his name.

He served as Vice-Chancellor of UWI, from 1988 to 1998, and in 1974, he was appointed Secretary-General of the 15-member Caribbean Community (CARICOM).

He also served as a Director at the United Nations Conference on Trade and Development, and later, in the office of the Secretary-General of the United Nations. After his retirement from the UWI in 1998, he was appointed Chief Technical Advisor at the Caribbean Regional Negotiating Machinery, playing an important role, during crucial negotiations at the World Trade Organization (WTO) and in other trade negotiating fora.

Sir Shridath Ramphal, the former Secretary General of the Commonwealth and a former Chancellor of the UWI, said that “a precious light has gone out, in our Caribbean world”.

“He had devoted his life to Caribbean unity, and was already, as he went, worrying over the darkening of the regional scene that threatens. The Region’s debt to Alister is payable only in a new enlightenment that makes Caribbean oneness, the reality, for which he lived,” said Sir Shridath, the former chairman of the West Indian Commission, of which Sir Alister was a member.

Barbados Prime Minister, Mia Mottley, said she was “deeply saddened”, at the death of Sir Alister,  describing him as “a respected economist, educator, administrator and true champion of regional integration”.

“This son of Grenada and son of the Caribbean, will forever be remembered, fondly, as one of the titans of the post-independence Caribbean, to whom we owe much.

“The region, and the wider hemisphere, benefited, immensely, from the depth of thought and analysis that this former economics lecturer, Director of the Institute of Social and Economic Studies of the UWI (since renamed in honour of Sir Arthur Lewis), Secretary General of CARICOM, Deputy Secretary General of UNCTAD, and Assistant Secretary General in the Office of the Director General for International Economic Cooperation at the United Nations, brought to the affairs of the people of the Caribbean, and the world,” she added.

Jamaica opposition Leader, Dr. Peter Phillips, said for over 50 years, “Alister McIntyre’s name has been synonymous with the quest for Caribbean development. He was a giant of Caribbean scholarship and a champion of the regional movement.”

Phillips memorialised the Grenadian as, “the quintessential Caribbean man, who believed in the potential of the people of the region, and was committed to their advancement, through education, integration and economic independence.

“His outstanding contribution — in the role of Secretary General of CARICOM and in the various positions he held, in a number of United Nations agencies — cannot be overstated. Sir Alister will truly be missed,” he added.

Sir Alister — who received the Order of the Caribbean Community; the Order of Merit from Jamaica; Guyana’s Cacique Crown of Honour; and the Chancellor’s 50th Anniversary Award, among many awards — is survived by his wife, Marjorie; and children, Arnold, Andrew, Helga and Nicholas.