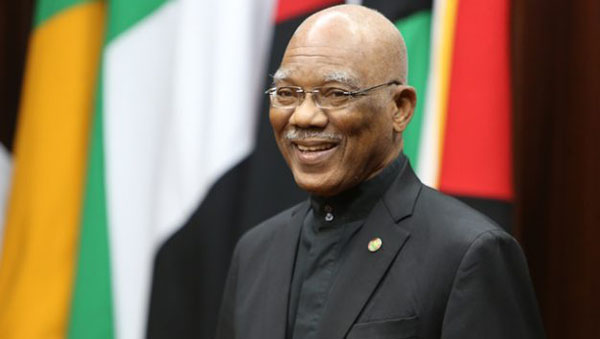 GEORGETOWN, Guyana, April 22, 2019 (CMC) – President, David Granger, has been advised, by his Cuban cancer specialists, to avoid a heavy workload and have only a few public engagements, for now, following the completion of his radiotherapy treatment for Non-Hodgkin’s Lymphoma, on Saturday.

“In terms of his resumption of official duties, they have cautioned against too heavy a workload immediately, and have advised that care must be taken, in pursuing excessive public engagements at this time,” said Guyana’s Ambassador to Cuba, Halim Majeed, in a statement, on Saturday.

According to Majeed, President Granger, who returned to Guyana, on Saturday, has completed his regime of radiotherapy, without any complications.

Last year, the president was diagnosed with Non-Hodgkin Lymphoma and had been undergoing treatment in Cuba, ever since.

“The president will continue a schedule of medication, prescribed by his doctors, and is expected to return to Cuba, at a time to be determined by his Cuban medical team,” Ambassador Majeed stated.

Late last month, President Granger successfully completed his regime of chemotherapy, which was part of his medical treatment for Non-Hodgkin Lymphoma.

Non-Hodgkin Lymphoma is a cancer that starts in the white blood cells, called lymphocytes, which are part of the body’s immune system.