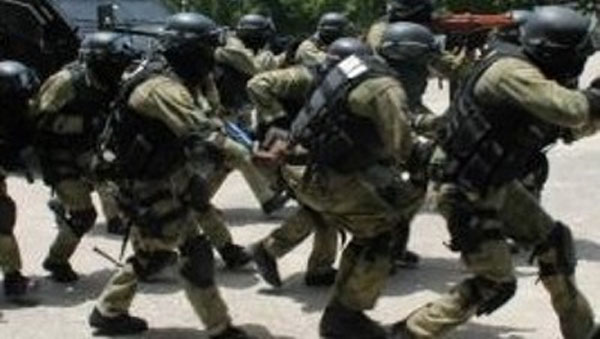 Haitian Government Denies Being In Collusion With Armed Gangs

PORT AU PRINCE, Haiti, April 22, 2018 (CMC) – The Haitian government denied allegations, today, made by the National Network for the Defense of Human Rights (RNDDH), that it was in collusion with armed gangs, across the country.

In a statement, the Ministry of the Interior and Territorial Communities (MICT) has described the allegation as “dangerous and totally unfounded”, saying it was “likely to feed tension and psychosis of fear in the country, as well as to stigmatize State institutions”.

In addition, the Ministry of the Interior said that “outlaw practices are not part of its commitments and are clearly incompatible with its attributions and the line government, in general”.

The MICT is also urging the population to be cautious, in the face of “information that is all too often wrong, with consequences”.

It said it was taking the opportunity to renew its determination “to maintain the safety of the State, to fight against insecurity and to help bring peace and serenity to the communes, communal sections, neighbourhoods and dwellings of the country”.

Earlier, Prime Minister, Jean Michel Lapin, who is also President of the Superior Council of the National Police (CSPN), has expressed his “willingness to fight insecurity, everywhere” in the French-speaking Caribbean Community (CARICOM) country.

In a statement, following an armed attack on the police station of Petite Rivière de l’Artibonite, over the last weekend, Lapin said that similar police deployments will be carried out in all areas, occupied by armed gangs, throughout the country.

He said clear instructions have been issued to this effect, to the Director General of the National Police of Haiti (PNH), Michel-Ange Gédéon, and the authorities concerned, to capture all the armed gangs that sow mourning and fear among the people, and restore calm and peace to the country.

“The State, at the highest level, reaffirms the will of the police to solve this problem of insecurity,” Lapin added.