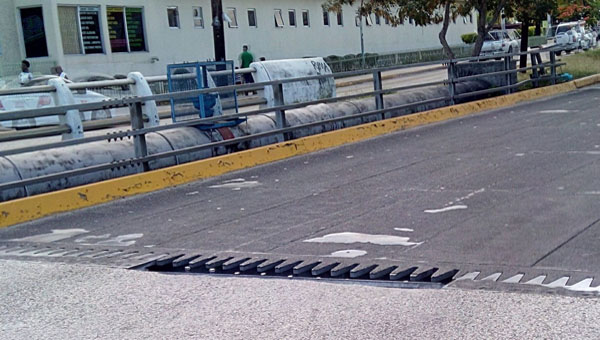 A compromised expansion joint on the bridge, at the eastern end of Howard Cooke Boulevard, in Montego Bay, St. James, which is to be repaired by the National Works Agency (NWA). Photo credit: contributed.

Montego Bay Bridge, in Jamaica, To Be Repaired

MONTEGO, Jamaica April 22, 2019 — The bridge, located at the eastern end of Howard Cooke Boulevard, in Montego Bay, St. James, is to be repaired, The National Works Agency (NWA) has advised.

Community Relations Officer at the NWA’s Western Office, Janel Ricketts, said, in an interview, that a particular section of the structure, involving the expansion joints, has been compromised, which necessitates the repairs. 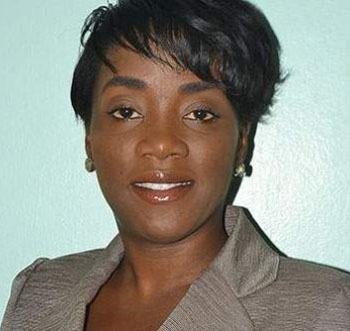 “That type of bridge has expansion joints on both ends and… there is a section there, that is sunk. So we would have to remove that, fix the post and secure that in concrete,” she disclosed.

Consequently, the Community Relations Officer said, the bridge will be closed, to traffic, to facilitate the repairs.

She further indicated that during the period of the work, which is expected to last more than two weeks, a Bailey bridge — a temporary bridge, of lattice steel, designed for rapid assembly, from prefabricated standard parts — will be installed to facilitate the traffic flow, on the busy thoroughfare.

Ricketts advised that the Bailey bridge will be adjacent to the original structure, whole assuring that the work “will take place pretty quickly”.