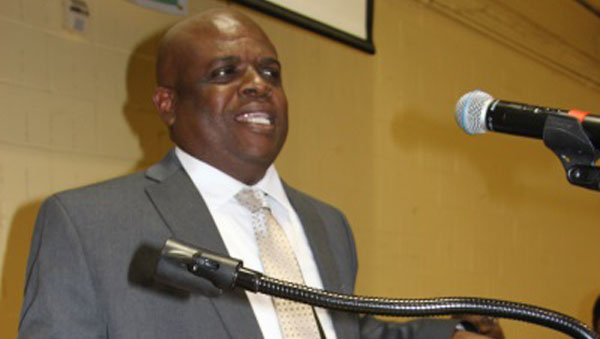 By Nelson A. King
Correspondent

NEW YORK, New York April 23, 2019 (CMC) – An opposition Member of Parliament in St. Vincent and the Grenadines says farmers, on the Caribbean island, will not benefit, significantly, from the legalization of marijuana for medical purposes.

“My fear is that poor people will not be involved,” Roland “Patel” Matthews, the shadow Minister of Agriculture, Land and Fisheries for the main opposition, New Democratic Party (NDP), told a town hall meeting, here, on Saturday night.

“Today, St. Vincent and the Grenadines is to benefit, but the poor people will be the loser,” said Matthews, whose constituency, the North Leeward, is considered to have the highest concentration of marijuana farmers in the country.

The Opposition legislator said, while the NDP supported the medical marijuana bills in Parliament, it has serious misgivings about sections of the pieces of legislation.

“The bills do very little to change the status of marijuana growers. Most marijuana farmers are landless, since they squatted on crown lands.

“The empowerment of traditional and local farmers is not promoted in the bills. The Cannabis Cultivation Amnesty Bill is flawed and exposes traditional farmers to financial loss,” said Matthews, a former school teacher.

In addition, Matthews said no financial support is provided for traditional farmers, “who struggled to create the industry”, and urged that a Marijuana Farmers Association must be promoted.

He said the NDP, if elected to office in the next general elections, would overhaul the Prevention of the Misuse Drugs Act and issue guidelines on sentencing “that will reflect and recognize the changes that marijuana now has on the world view.

“We will focus, primarily, on traditional farmers and locals, who must benefit from the industry. Appropriate land tenure and licensing strategies must be developed to assist small, landless, traditional farmers, who currently squat.”

For the first three years of the regulated industry, Matthews said the NDP would give licenses to plots, of one acre or less.

He said consideration would also be given to “making reparations for persons, who paid fines for possession of up to two ounces of marijuana.”

In addition, the opposition legislator said an NDP government would “permit use of the herb for religious purposes, without state harassment or discrimination; permit an individual household to grow up to five marijuana plants; encourage meaningful partnerships, between traditional farmers and local and foreign investors; encourage marijuana-related industries, in a regulated environment; (and) work towards legalization of marijuana, eventually”.

“St. Vincent and the Grenadines is second to Jamaica in marijuana (production in the Caribbean),” Matthews said.

“I represent a constituency (in which) marijuana has a big role. People are using money from marijuana to uplift themselves. Our party will change the bill. The people involved in marijuana are poorer people. In my opinion it (Medical Marijuana Bill) was hurried.

“We have to get with the times. We have to tweak the legislation and make it more sensitive to the times, in which we live,” he told the audience.

Last December, St. Vincent and the Grenadines became the first Organisation of Eastern Caribbean States (OECS) member to pass legislation, allowing for the decriminalisation of marijuana for medicinal and scientific purposes.

Parliament approved two pieces of legislation that also allows for the production of the crop, under a tightly-controlled framework.

Agriculture Minister, Saboto Caesar, who piloted the measure, said that it would end much of the sufferings people had endured in the illegal marijuana trade.