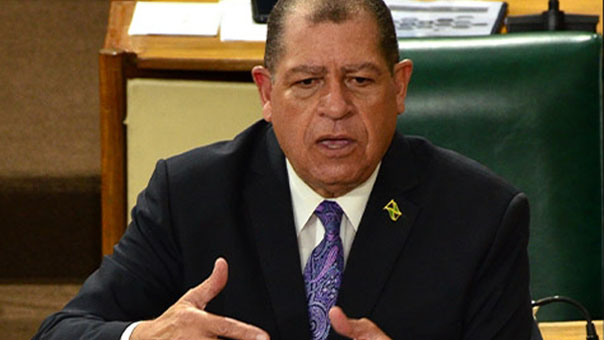 Minister of Industry, Commerce, Agriculture and Fisheries, Audley Shaw, makes his contribution to the 2019/20 Sectoral Debate in the House of Representatives, on April 23. Photo credit: Mark Bell/JIS.

The Agriculture Minister was making his contribution to the 2019/20 Sectoral Debate in the House of Representatives on April 23, under the theme ‘On the Road to Prosperity…Growing Jamaica’s Industries’.

He told the House of Representatives that the funds would be used to rebuild the Jamaica Blue Mountain Coffee.

“I have already had discussions with the present owner of a large part of the Jamaica Blue Mountain Coffee system [in furtherance of this]. He has indicated, to me, that he is willing to look at us finding another partner, to work with him, to more aggressively build out the coffee industry,” he disclosed.

Shaw informed legislators that similar partnerships are to be formed,to build out other industries, including cocoa and pimento.

He revealed that a memorandum of understanding (MOU) has been signed for the establishment of an agro-economic zone, at Holland in St. Elizabeth, and that a similar agro-park in the parish, located at Ridge Pen in Hounslow, will be launched, later in the fiscal year, with a focus on the production of hot peppers and vegetables.

He explained that the Small Business Development Centre (SBDC) model will continue to be rolled out, during this fiscal year, in the hope of reaching university students and others, across the island.

“Memoranda of agreements were signed with three entities for the establishment of SBDCs: in Manchester at Northern Caribbean University (NCU); in Kingston at the Caribbean Maritime University (CMU); and in Trelawny at the Rural Agricultural Development Authority (RADA) office,” the Agriculture Minister added.

He noted that an additional Jamaica Business Development Corporation (JBDC) office was established, during the last financial year, that will serve as an SBDC centre, and this fiscal year, the target is for the establishment of five more centres, across the island.

“Big things are happening in our small business sector, and we are determined to make even bigger things happen,” Shaw promised.

He elaborated that the micro, small and medium-sized enterprise (MSME) sector, which is associated with the SBDC model, is a major catalyst in any effort to induce inclusive growth, social development and job creation.

Shaw told parliamentarians that the sector is indispensable to achieving broad-based and inclusive growth, and that it is critical to the transformational growth, envisioned for other sectors of the economy, such as manufacturing, agriculture, logistics, offshore services and tourism.

During the financial year 2018/2019, there were several developments, said Shaw, citing the MSME and Entrepreneurship Policy and Five-Year Implementation Plan that was tabled in Parliament, as a White Paper, in July 2018.

He concluded that this is the most comprehensive, coherent and coordinated framework, for addressing the policy issues facing the sector, as well as providing an outline for targeted support to the sector, to expand its contribution to socio-economic development.