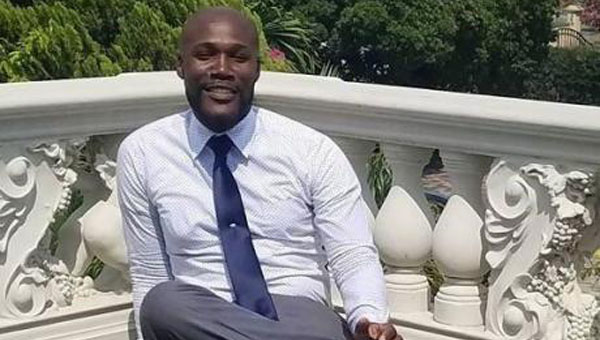 Samuel Martin's decomposing body was found in May Pen, the largest town in the central parish of Clarendon, early yesterday. Photo credit: CMC.

KINGSTON, Jamaica, Apr. 26, CMC – Minister with responsibility for Education, Karl Samuda, has expressed shock at the murder of Samuel Martin, 41, a lecturer at the Corporate Area-based St. Joseph’s Teachers’ College .

In a statement, Samuda said the ministry will dispatch its trauma team to the institution, on Monday, to conduct grief-counselling sessions.

Martin’s decomposing body was found in May Pen, the largest town in the central parish of Clarendon, early yesterday.

An alarm was raised, after Martin was reported missing, last Friday, when he failed to answer calls to his phone.

It’s reported that he was scheduled to return to Kingston, from the town of Mandeville in central parish of Manchester, where he had gone to drop off someone, he had picked up at the Norman Manley International Airport.

Samuda said the news of Martin’s murder is especially painful, as the country is now grappling with the tragic loss of two students, in recent days.

He has called for anyone, who may have information on Martin’s killing, to cooperate with police investigators.

Martin had been lecturing English, in the Language Arts Department, at St Joseph’s Teachers’ College, since January of this year.