New in Pride
Home / National News / What Canada And South Africa Can Teach The U.S. About Slavery Reparations 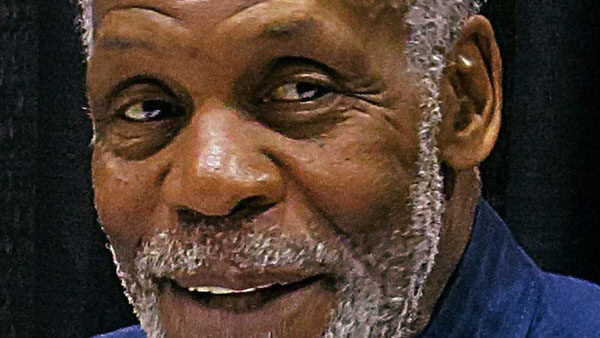 What Canada And South Africa Can Teach The U.S. About Slavery Reparations

America’s failure to understand, acknowledge and resolve the continuing catastrophe of slavery is holding back the entire nation.

Without broad public recognition that the country’s original wealth was derived unjustly through slavery, and that deliberate post-Emancipation efforts perpetuated the social and economic gulf between white and Black America, there can be no justice or healing.

Recently, a group of prominent African-Americans testified before the United States Congress on reparations for the descendants of slaves, reopening a wound that is as old as America itself, and still acutely painful for those who continue to suffer from the very tangible effects of slavery’s racist legacy.

The first congressional hearing in more than a decade on the subject helped educate yet another new generation to the unresolved debate over whether the U.S. should compensate descendants of enslaved Africans.

Author, Ta-Nehisi Coates, whose 2014 essay, “The Case for Reparations”, reinvigorated public debate on the issue, argued it’s impossible to untangle the history of America from the legacy of slavery.

The matter of reparations, Coates pointed out, is not only one of “making amends and direct redress but is also a question of citizenship.”

Polarizing question
With several Democratic presidential candidates taking positions on the issue, the idea of reparations, always a polarizing question in the United States, may finally become a ballot-box question.

But there is a less political, more productive and more practical way to address the question, and it has been tested already.

Some commentators have rightly pointed out that Americans can learn from South Africa, which undertook the national, public process of establishing a Truth and Reconciliation Commission to address its long history of apartheid, with its legal institutionalized racism.

The process included heartbreaking televised testimony by victims whose families had been shattered by violence and brutalized by their own government. By bringing the issues into the open, the process allowed South Africa to come face to face with decades of apartheid atrocities and their devastating impact.

But Americans do not need to go as far as South Africa to see how the truth and reconciliation model can work.

Lessons from Canada?
Canada established its Truth and Reconciliation Commission in 2008, bucking critics of the restorative justice model and those who claimed that the model was better suited for “Third World” countries with weak political and judicial institutions.

The Truth and Reconciliation Commission of Canada was established to document the history and impact of the country’s residential school system on Indigenous children and their families.

The commission studied more than a century of determined, officially sanctioned efforts to resolve Canada’s “Indian problem” by separating children from their parents and forcing them into schools where they were often undernourished, physically and sexually abused by their teachers and forbidden to use their own languages.

The effort, described by some as outright genocide, left generations of families broken, impoverished and addicted.

Canada’s Truth and Reconciliation Commission provided opportunities for victims and their families to share their experiences in public and private sessions. The entire country finally heard, in an official capacity, about the shame of what had happened in the schools and its tragic impact on individuals, families and communities.

When Canada’s commission released its findings in 2015, it issued 94 “Calls to Action” to aid reconciliation, covering child welfare, education, health, language and culture, justice and equity for Indigenous peoples in the legal system. The Calls to Action also recommend creating museums and archives to document the history and experiences of Indigenous peoples.

The Canadian commission has hardly solved the problems of marginalization and forced assimilation, but it has spurred official and everyday conversations about these issues in ways the United States has yet to experience with slavery.

Doubt and apathy
As an expert on global human rights, I have been making presentations at American universities and conferences as part of a McMaster University project called Truth Commissions and the Politics of Memory.

When I speak about the South African and Canadian truth and reconciliation models and their relevance for the American reparations debate, I sense doubt and apathy. While U.S. slavery might differ from apartheid or the residential school system, there are important parallels that many Americans fail to see.

Those who favour reparations doubt the prospects for resolving the issue in a political environment paralyzed by hyper-partisanship, where even straightforward matters grind so slowly and painfully through processes that end up being more about political point-scoring than genuine governance.

Bringing American society to face its truth is difficult when, as one American colleague told me, so many still have no idea that slavery and its ghastly descendants, including the Jim Crow laws and segregation, continue to have terrible impacts on the lives of African-Americans, both by perpetuating racism and by severely limiting economic opportunities and social mobility.

Reparation proponents prefer a congressional commission but have yet to muster the support to hold one. Every year from 1989 until his resignation in 2017, Democratic congressman John Conyers Jr. proposed a bill to study the “impact of slavery on the social, political and economic life of our nation.” Every year, he watched it fail to be adopted.

‘We elected Obama’
American opponents of reparation are too ready to dismiss the need for action. Senate Majority Leader Mitch McConnell says he opposes reparations for descendants of slaves because no one currently alive was responsible for slavery.

He added: “We’ve tried to deal with our original sin of slavery by fighting a civil war, by passing landmark civil rights legislation, by electing an African-American president.” His argument that electing Barack Obama somehow evens the score reflects the yawning gap in America’s understanding of the true legacy of slavery.

The truth and reconciliation process presents an opportunity for a national conversation in the United States that goes beyond simple reparations.

Reparation proponents and opponents alike need to know that the truth and reconciliation process can include objective historical fact-finding and reparative justice. The primary benefit is in recognizing and acknowledging the harm done.

Reparation opponents who oppose truth and reconciliation by insisting that America’s “original sin” of slavery is in the distant past should heed the lessons of South Africa and Canada.

Left to fester, these issues will not disappear in America. With every generation, the demand to address the stubborn legacies of slavery grows stronger.

American politicians and other leaders can choose to begin the difficult conversations now, or kick the can down the road one more time, to the next generation.

Bonny Ibhawoh is Professor of History and Global Human Rights at McMaster University.