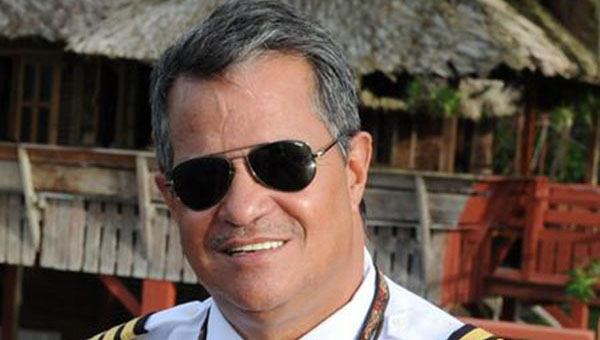 GEORGETOWN, Guyana, July 22, 2019 (CMC) – The Private Sector Commission (PSC) is calling on the Guyana Elections Commission (GECOM) to immediately halt the house-to-house registration, it started last Saturday, as the country gears up for fresh regional and general elections, following the vote of no-confidence against the coalition administration of President David Granger, last December.

“We have asked several times for a meeting with you. We write now as a result of GECOM having officially announced the commencement of house-to-house registration as of 20th July, 2019,” PSC chairman, Gerald Gouveia, wrote in a lengthy letter to Chief Elections Officer, Keith Lowenfield.

“We have sought legal advice on this matter and it is our understanding that you have not been legally directed by the Commission, to proceed as you are doing and, that to conduct house-to-house registration, is unlawful.”

Earlier this month, the Trinidad and Tobago-based Caribbean Court of Justice (CCJ), which is Guyana’s highest court, noted that while it cannot “establish a date on or by which elections must be held”, it also could “not lay down timelines and deadlines that, in principle, are the preserves of political actors, guided by constitutional imperatives”.

But the CCJ said it must assume that “these bodies and personages will exercise their responsibilities with integrity and in keeping with the unambiguous provisions of the Constitution, bearing in mind that the no-confidence motion was validly passed, as long ago as 21st December 2018”.

Under the Guyana Constitution, elections must be held within a 90-day period following the passage of a no-confidence motion in the National Assembly or unless extended by the legislative body.

In its letter, the PSC noted that the house-to house resignation is being conducted “when there is a clear Constitutional requirement to hold elections within three months of the validation of the no-confidence motion”.

“The effect of GECOM’s action on electoral democracy and broader democratic governance cannot be lost on you,” the PSC said, in its July 21 letter, copied also to the media.

GECOM has said that its house-to-house registration “is a new registration exercise and therefore all eligible persons must register, even if they were previously registered”.

In a statement, GECOM said upon the conclusion of the house-to-house exercise, “a new National Register of Registrants Database (NRRDB), which is reflective of the current Guyanese population, will be created.

“Subsequently, the Official List of Electors (OLE) will be extracted for the purpose of conducting General and Regional Elections,” GECOM explained, adding that all Guyanese,  14 years and older by October 31, this year, or a Commonwealth citizen residing, here, for a period no less than a year, should be registered.

GECOM said that while it is undertaking the registration exercise, “concurrent operational activities for the preparation for the General and Regional Elections are underway”.

But, the main opposition People’s Progressive Party (PPP) said that the registration is aimed at preventing the elections from being held this year, in keeping with the ruling of the CCJ.

In its letter, the PSC noted that GECOM’s house-to-house registration exercise “is a complete break from its history of inclusivity and respectful engagement with all the relevant stakeholders”.

“GECOM is failing to meet its duty to communicate, provide facts and justify its actions to the public. You must be aware that undertaking house-to-house registration, without proper consultation and ventilation of the alternative approaches with stakeholders, undermines your credibility and trustworthiness as an elections agency, and your credibility and trustworthiness as Chief Elections Officer,” the PSC said, noting that in the past it had been among organisations observing elections.

“The Private Sector Commission calls upon GECOM to immediately suspend the house-to-house registration exercise until a Chairperson of GECOM has been named and can inclusively and respectfully decide the best way forward,” PSC said.

The CCJ had also concluded that the GECOM chairman, retired justice James Patterson, had been invalidly appointed and it urged that as a matter of the greatest public importance, “the President and the Leader of the Opposition should, as soon as possible, embark upon and conclude the process of appointing a new GECOM Chairman”.

President Granger and Opposition Leader Bharrat Jagdeo have been holding talks on the appointment, but no one has yet been named to replace Patterson, who stepped down following the CCJ ruling.

The PSC said that it is the responsibility of GECOM and the government to canvass the positions of all the political parties for a decision that is in the best interest of the country, adding “the ruling of the Caribbean Court of Justice must be respected”.

“Our country’s commitment to democratic principles, respect for the rule of law and free and fair elections must rest on a truly independent electoral agency. GECOM’s conduct at this moment in our history will be consequentially long into our future. Every employee of GECOM must withstand public scrutiny regarding their impartiality. We trust you understand that this is being closely monitored in the public interest,” Gouveia wrote.