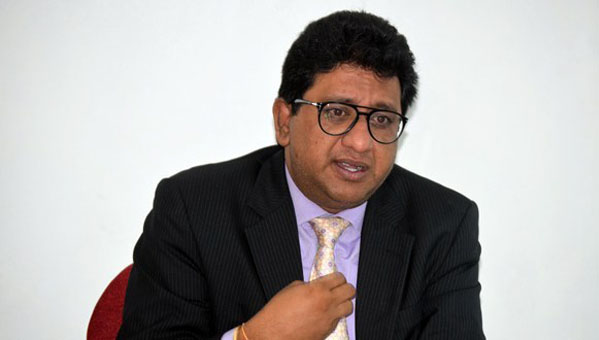 GEORGETOWN, Guyana, July 23, 2019 (CMC) – Chief Justice Roxane George-Wiltshire, today, dismissed an application by chartered accountant, Christopher Ram, calling for an order to stop the Guyana Elections Commission (GECOM) from continuing its house-to-house registration, ahead of the next regional and general election, a date for which has not yet been announced.

Yesterday, Ram had filed the motion for a Conservatory Order to prohibit GECOM, the Chief Elections Officer, Keith Lowenfield, and or the Commissioner of National Registration from conducting or continuing to conduct house to house registration that began last Saturday.

The move by Ram, who is also an attorney, came even as Lowenfield defended the ongoing registration on the basis of legal advice by the GECOM lawyer, who is of the opinion that all actions were valid before the Caribbean Court of Justice (CCJ) ruled that James Patterson’s appointment was flawed and unconstitutional.

Former attorney general, Anil Nandlall, said the Court did not grant his client the Conservatory Order, during an in-chambers hearing.

Nandlall told reporters that Chief Justice George-Wiltshire did not find sufficient evidence to convince her to stop the process.

“The CJ did not grant the Conservatory Order, which we sought to restrain the registration process. She said we have not satisfied her that there is enough evidence that GECOM is not acting to hold elections within that time frame,” he told reporters.

But he said the Chief Justice emphasized that she understands the CCJ’s ruling that “elections must be held by September 18 and she said that very clearly”.

However, Attorney General, Basil Williams, told reporters differently, saying that the three-month issue was overtaken by the Court matters and therefore the next step would be the provision for a two-thirds majority for an extension by the Court.

Williams said the CCJ, based on its ruling, may be hopeful that the two parties will still get together and do as is required by the Constitution.

Although Chief Justice George-Wiltshire denied the order to stop the house-to-house registration exercise, she has given the applicants more time to put forward additional information, with regards to the order, asking for the Court to order the Elections Commission to hold elections by September 18.

Nandlall is expected to file an affidavit, later today, to show that the registration process would collide with the requirement that elections must be held within three months.

He will file arguments proving that the house-to-house registration process would result in the failure of GECOM to hold general elections by September 18, 2019, in keeping with the timeframe given by the Caribbean Court of Justice (CCJ), the country’s highest court.

Under the Guyana Constitution, elections must be held within a 90-day period, following the passage of a no-confidence motion in the parliament, or unless extended by the legislative body.

The Guyana Bar Association (GBA), which was granted permission to be a party to the case, is also expected to filing written submissions.

Nandlall told reporters that after the house-to-house registration is completed, there would have to be claims and objections, the creation of a voters list from the National Register.

“There is no way that this exercise can be concluded within and for holding elections by September 18,” he said, warning that the house-to-house registration would result in the removal of eligible voters, who are not in the country.