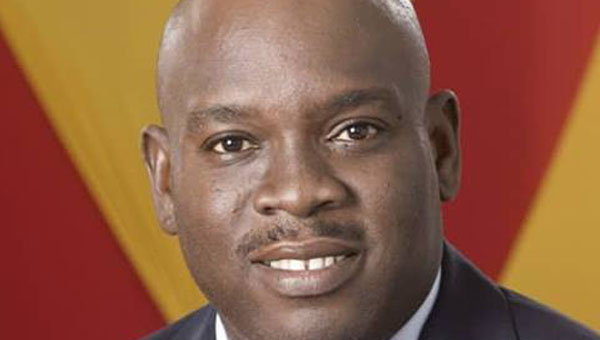 Minister in Barbados' Ministry of Finance, Ryan Straughn, said that the Public Finance Management Bill, passed in Parliament earlier this year, was set to be proclaimed today.

BRIDGETOWN, Barbados, July 29, 2019 (CMC) – The Barbados government says it will allow residents to hold foreign currency accounts, of up to US$10,000, as of August 2, this year.

Minister in the Ministry of Finance, Ryan Straughn, said the funds deposited into these foreign currency accounts cannot be purchased from local domestic access to foreign exchange.

“[It is] for persons doing business and who may have investments abroad, [to give them] the ability to hold, as a safe place, with respect to that foreign exchange….”

Straughn said that while previously, foreign exchange accounts had a 70 percent surrender value, government was in the process of putting a framework in place, to eliminate that as a signal to the country that it wanted persons to utilize the accounts to conduct their business.

He said the Mia Mottley administration has also sought to increase the personal allowance, with respect to travel facilities for individuals, which was previously at BDS$7,500, annually.

“That is going to be increased to BDS$20,000, with respect to persons wishing to travel,” he said, noting that the government wanted to signal to the people that normal service in Barbados had resumed.

“We want to give citizens the assurance that whether you go away on holiday, or to visit family overseas, or for medical treatment, or whatever access to foreign exchange is there, but it has to be done in an orderly fashion,” he said, noting the environment was now more regulated and it was government’s intention to attract foreign exchange into the country.

In addition, Straughn noted that the Public Finance Management Bill, passed in Parliament earlier this year, was set to be proclaimed today.

“This seeks to bring significant order to the management of public finances in Barbados, both at the central government level and at the state-owned enterprises. That Bill sets out the responsibilities for the Ministry of Finance, the Minister of Finance, and the various ministers in charge of the state-owned enterprises, along with the permanent secretaries, the board of directors …with respect to the management of public finances,” he said, noting it would also enforce discipline in the management of government’s accounts, going forward.

Delivering her administration’s national budget in March, Prime Minister Mottley said that the 1970s-era foreign exchange controls were initially designed to regulate the flow of foreign exchange, to ensure sufficient reserves to defend the exchange rate.

But, she said, with the advent of greater trade and globalisation, a consensus emerged that exchange controls, if not managed and administered well, could create distortions and can disrupt economic efficiency and growth.

She said the time is now ripe “for us to begin a gradual relaxation of exchange controls” and that the Central Bank would be gradual in the relaxation of the controls.