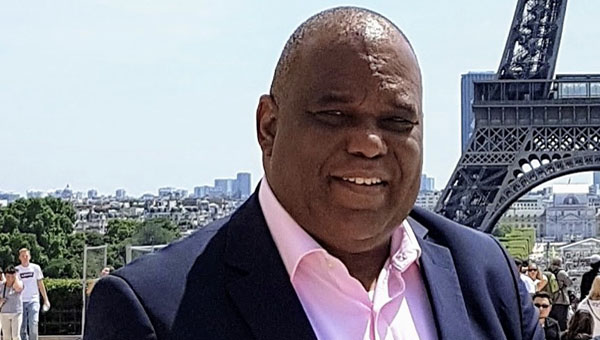 Jamaican businessman, Glen Logan, is one of a group of investors that have acquired Fly Jamaica, last Friday.

KINGSTON, Jamaica, July 29, 2019 (CMC) – A team of investors, including Jamaican aviation veteran, Glenn Logan, led by Yann LeProvost of the France-based company, W&Y SAS, has taken over the operations of the problem-plagued Fly Jamaica Airways.

The new owners, who took over the reins, last Friday, from Guyanese operators, Paul and Roxanne Reece, have promised to address issues affecting the carrier, including the payment of salaries, ticket refunds and the payment of outstanding debt.

“This is significant for many different reasons, to restore confidence in the Jamaican people, the flying public and the tourism industry in Jamaica. I want to say that we are not just going to concentrate on the ethnic market, but also the tourism market. It is essential for the survival of the tourism market, for us to concentrate on this. This is the key component for the survival of the airline,” said Logan in an interview with the Caribbean Media Corporation (CMC).

He said plans are underway for flights to resume in September.

Logan comes to Fly Jamaica with many years of experience in the aviation industry, including that of working with Air Jamaica, Air Canada and other airlines in Canada. He also started Canada 3000 airlines and established a small airline out of South Florida.

“This is why the investors have confidence in what I am doing,” he said, while adding that the new Fly Jamaica, with headquarters in Kingston, will initially focus on destinations to North America.

“Toronto and New York will be the primary North American destinations, with plans to expand to Fort Lauderdale in the future. We are also working right now with some French tour operators, as well as operators in Germany and South America. It is imperative that we gear up as quickly as possible to meet the deadlines of the tour operators in Europe,” Logan explained.

According to Logan, plans are also underway to open an office and start departures out of Montego Bay.

“We have already had talks with personnel from the Jamaica Tourist Board (JTB), t(and) they are excited to work with us. Within the next two weeks, there will be new posters, a new Fly Jamaica logo and a complete rebrand of the airline. Things will be different, we are looking at the operations of some very successful carriers, such as AirAsia and Sun Wing Vacations in Canada,” Logan added.

He noted that attorney, Michael Vaccianna, was instrumental in getting the deal done, promising that “Things will be different with this airline, this will be a lateral integration, we will have Fly Jamaica vacations, we intend to have a hotel, we will focus on ground handling. This will ensure that money circulates within the company.”

Fly Jamaica Airways, which was based in Georgetown, Guyana, started operating on February 14, 2013. However the carrier was grounded, following an incident at the Cheddi Jagan International Airport on November 9, 2018, when the 757 Boeing aircraft, destined for Toronto, Canada, encountered difficulties and made an emergency landing, with more than 100 passengers on board.

In March, the airline made all its staff redundant, with then-Chairman and Chief Executive Officer, Paul Reece, saying that this was due to the lack of planes to carry out operations, and the failure of the company to recover in the aftermath of the November emergency landing.