New in Pride
Home / Parenting & Education / Why Parents Should Fear Measles, Not The Vaccine 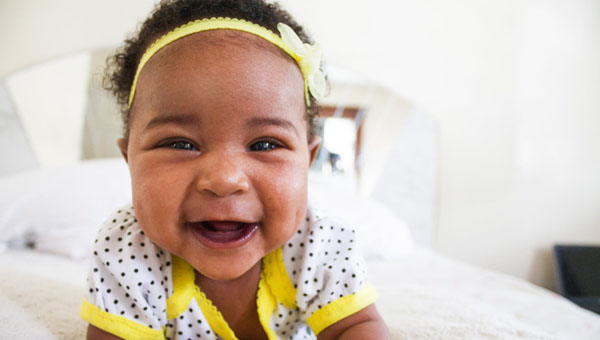 Measles is contagious three or four days before a rash appears on the skin, making it highly communicable, and it can lead to pneumonia, brain damage and other complications. Photo credit: Shanice McKenzie/Pexels.

Why Parents Should Fear Measles, Not The Vaccine

The oxygen flow was at maximum but it wasn’t enough to keep Aliyah alive. Her measles-damaged lungs failed in the night.

Aliyah was one of hundreds of children with measles that I looked after in a special ward of Kenya’s national hospital in 1972, before the measles vaccine was available. I saw all of the possible complications of measles, many of them life-threatening. They left me with a deep respect for this once-common viral infection of childhood.

As an infection specialist, I celebrated the gradual disappearance of measles cases in Canada following the introduction of the routine measles vaccination in the mid-1970s. Today, most physicians have never seen a case. Parents too are unfamiliar with measles, with some doubting the need to avoid it, even viewing it as a trivial illness.

Given the recent measles outbreaks in Canada, the United States and globally, it is a good idea to remind ourselves what this illness is really like.

Nausea, vomiting and fever
Measles is not trivial. It is the most severe of the once-common childhood infections. It is highly contagious and difficult to recognize until the rash appears later in the illness.

Six decades later, I remember having measles myself as a child: the fever that lasted for days, the headache, shaking chills and drenching sweats. I recall lying on the floor beside my bed, too sick to sit in a chair, while my mother changed the sheets.

This is the normal progress of measles, which causes considerable distress to a sick child and their parents for seven to 10 days, even in the absence of complications. No antiviral drug is available to treat the illness or its complications.

The infection begins in the respiratory tract, with nasal congestion, sore throat, red eyes and increasing cough. Unlike common colds, measles gets worse over several days, causing increasingly high fever (often to 40 C or 104 F) and putting children in bed with nausea, vomiting, chills and headache.

This pre-rash phase lasts about four days, during which the infected person sheds huge numbers of viruses into their surroundings, accounting for measles being highly contagious. One person with measles can infect 75 to 90 percent of susceptible members of a household by coughing and sneezing viruses into the air.

Communicability is especially high in group settings such as daycares and school classrooms but can also occur with just brief exposure to an infected person.

Contagious before symptoms show
Measles hides its identity. It is often not until the fifth day of illness that the distinctive rash covers the body, revealing the diagnosis of measles. Children are contagious, however, from three to four days before the rash onset, when symptoms mimic a cold or flu infection.

Unlike colds and influenza, measles infection extends beyond the respiratory tract, spreading through the bloodstream to the skin and other organs. The rash of measles results from the child’s immune system “catching up” and attacking viruses in the skin. Any delay in immune activation, as may occur with malnutrition or immune disorders, prolongs the virus infection and increases tissue injury.

When the rash appears, this marks the peak of illness and signals the beginning of recovery. The fever will soon subside although the child will still be contagious for several more days, and cough for another one to two weeks.

Encephalitis and brain damage
Hospitalization rates for measles are highest for children under five years old — ranging from nine percent to 25 percent in Western countries. Complications occur in about one in three young children with measles.

Common complications in the United States include middle-ear infection (otitis media) in 14 percent of reported cases, diarrhoea with risk of dehydration in eight per cent and pneumonia in nine per cent, the latter caused by the virus or invading bacteria.

Brain inflammation or encephalitis with convulsions and coma is the most feared complication, occurring in one per 1000 cases. One in three survivors of encephalitis has residual brain damage. A fatal outcome was reported in two per 1,000 measles cases in the U.S., mainly in children with impaired immunity.

In short, measles is not trivial. It is distressing at best and life-threatening at worst. Parents should fear it. The sensible alternative is to ensure children are fully immunized against measles, given the excellent safety record and protection that the measles vaccine offers.

David W Scheifele is Emeritus Professor of Pediatrics at the University of British Columbia.