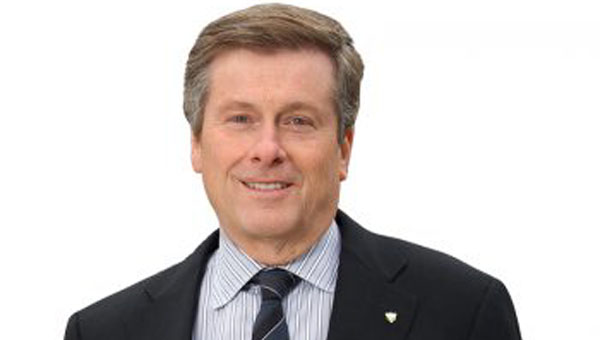 “By recognizing Emancipation Day on August 1 and the entire month as Emancipation Month, we acknowledge an abhorrent period in our history and the importance of our ongoing commitment to eliminate discrimination in all its forms,” the mayor explained.

“Emancipation Day is important to the Black communities in Toronto and in our country – it recognizes a dark chapter that lies within our history, and one that requires proper acknowledgement and recognition.”

Emancipation Month will recognize the struggle for human rights, made by Canadians of African descent, and the legal abolishment of slavery in Canada, 185 years ago, noted Mayor Tory, adding that August provides an opportunity to reflect on a dark past, educate others on the impacts of slavery and celebrate a path forward.

The official proclamation read: “This month is an opportunity to acknowledge the legacy and history of slavery in Canada, while celebrating the rich contributions that people of African descent have made to our city and country. For over 400 years, more than 15 million men, women, and children of African descent were the victims of the tragic transatlantic slave trade — one of history’s darkest chapters. The enslavement of African people occurred on these lands until 1834.”

In Canada, Lieutenant Governor, John Graves Simcoe, legally restricted the cross-border trading of slaves in Upper Canada; achieved through the passage of the Act to Limit Slavery in Upper Canada, on July 9, 1793, the proclamation said, noting that all slavery was formally abolished within British colonies, under the Slavery Abolition Act, on August 28, 1833.

“Toronto City Council and the people of Toronto are at the forefront of efforts to establish a caring and compassionate society, in which all its members, regardless of race or ethnic origin, have the right to live in conditions of good health, safety, dignity, respect and peace,” Mayor Tory said.

“Beyond that, the city will acknowledge the many rich contributions Canadians of African descent have made to our city in making it a better place for everyone.”

Toronto, in partnership with Confronting Anti-Black Racism, will host and support a series of events throughout the month of August to commemorate the abolition of slavery in Canada. To find out more please visit: www.toronto.ca/community-people/get-involved/community/confronting-anti-black-racism/.

During the month, Torontonians are encouraged to participate in these various events that aim to raise awareness around the existence of slavery and recognize its abolishment.

“I encourage residents to participate in the events to learn more about the history of slavery and its impacts on our city, our country and most importantly our residents,” the mayor urged.

The mayor’s full Emancipation Month video message can be viewed by clicking here.