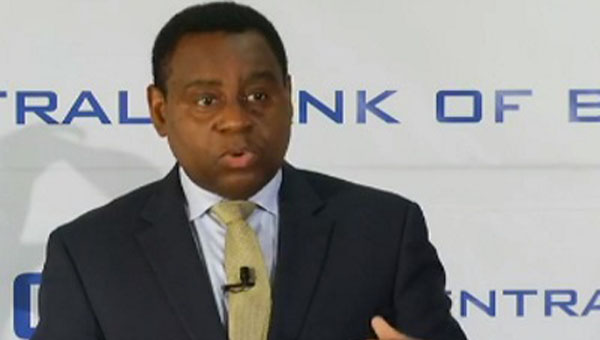 BRIDGETOWN, Barbados, August 9, 2019 (CMC) – The Barbados economy registered “steady progress” during the first half of this year, with the island’s central bank predicting that the outlook “has become more favourable over the past 12 months”.

He said the program is focused on rebuilding reserves, strengthening public finances, reducing public sector indebtedness, maintaining financial stability and creating an environment for the resumption of sustainable economic growth.

He added that the government hopes to achieve such success, through fiscal consolidation, debt restructuring and structural reforms.

“Initial success led to Barbados receiving its second disbursement of US$49 million from the International Monetary Fund (IMF), and preliminary data suggests that the quantitative targets have also been achieved for the recently-completed quarter,” Haynes noted, as he reviewed the performance of the island’s economy for the first six months of the year.

He revealed that the government has targeted a primary balance of six percent of gross domestic product (GDP) for fiscal year 2019-20, building on the 35 percent of GDP achieved for the previous financial year.

“Supported by reduced debt service, this consolidation relies on expenditure restraint as well as enhanced revenue collection. The 2019 budgetary measures therefore, complement the 2018 reforms and strengthen revenue, while redistributing the incidence of taxes,” Haynes explained.

He said that the brunt of the new tax measure is being borne by higher property taxes on corporations and individuals with generally higher value properties, who are at the same time, the principal beneficiaries of corporate and income tax reforms.

The Central Bank governor said that the ongoing fiscal reforms contributed to a favourable outturn for the first quarter of the fiscal year, with overall fiscal surplus and primary balance estimated at 1.7 percent and 2.4 percent of GDP, respectively, describing it as “the best performance realised in any comparable quarter over the past 30 years”.

He told reporters that revenues had increased by 7.9 percent, with personal income tax and property tax being the main source of growth.

Haynes said when compared with last year, the improved collection of personal income tax was influenced by the temporary introduction of an additional 40 percent personal income tax refund, while the earlier than usual issuance of land tax bills contributed to the rise in property tax.

Haynes said that by far, the most significant contributor to the fiscal consolidation has been reduced spending, saying the interest savings from the domestic debt exchange and the suspension of commercial external debt payments, accounted for 80 percent of the BDS164 million fall in current expenditure.

The banker also noted that the improved fiscal performance and reduced financing requirement, generated by the debt restructuring, have eased financing pressures on the government.

He said since there’s currently no active primary domestic securities market, the government drew down from the Central Bank a portion of the deposits that it had accumulated over the previous year.

Haynes said that at the end of June, the debt to GDP ratio stood at 124.2 percent, while discussions with the creditor committee on the nature and scope of the external debt restructuring continue.

“However, the external credit rating agencies, Standard and Poor’s and Moody’s, in recognition of the improved macroeconomic framework, have upgraded Barbados domestic debt and any new external debt issuance, respectively,” he said.

He said since the completion of the domestic debt restructuring, there has been moderate secondary market activity, with BDS$52.5 million or 0.6 percent of the outstanding bonds being traded on an open market basis.

Regarding economic activity, Haynes told reporters that the impact of the fiscal consolidation on demand, together with weaker-than-desired investment, offset the gains from a robust tourism performance, resulting in a modest contraction of 0.2 percent in economic activity, over the course of the first six months of the year.

He said layoffs in the public sector, as part of the adjustment effort, together with the weakness in the construction sector, contributed to higher unemployment when compared to the same period last year. The unemployment figure is now estimated 10.1 percent.

But Haynes told reporters that with public financing improving and the international reserves having recovered, the outlook for the local economy has become more favourable.

“Indications are that investor confidence is returning, but as expected, economic activity for 2019 has been sluggish. Growth from the tourism sector has buoyed economic activity, but faster project implementation is required to push growth above the forecasted range of zero to 0.25 percent,” Haynes said, adding that with the strengthening of the macroeconomic environment, an anticipated further pick-up in tourism and an acceleration of investments, the current forecast for 2020 is in the range of 0.75 percent to 1.25 percent.