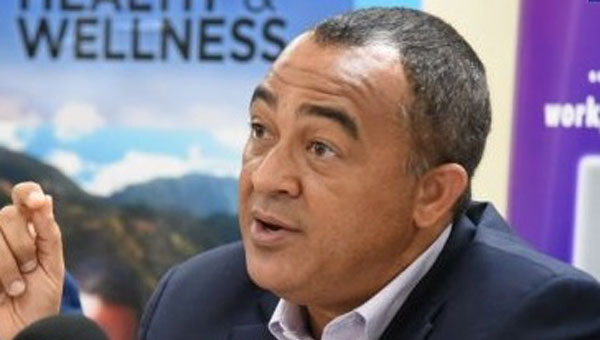 KINGSTON, Jamaica, August 28, 2019 (CMC) – The Jamaica government says it will spend an estimated J$130 million, as it moves to eliminate the breeding sites of the Aedes Aegypti mosquitoes that is responsible for the spread of dengue fever.

“The country is in a high state of alertness around the potential health challenges, [regarding] the dengue fever and the Aedes Aegypti mosquito, and its breeding in communities across the country,” said Health and Wellness Minister, Dr. Christopher Tufton.

Tufton said the recent drought condition has contributed to the cases of dengue here.

“The reality is in drought conditions, where you have limited access to piped water, storage of water becomes a big issue, and if the water is not stored properly… then you create almost perfect conditions for the breeding of mosquitoes, and so, there is a relationship between the drought, call it climate change if you will, and the outbreak,” he explained.

Of the 38 suspected and confirmed dengue-related deaths, 17 persons died in 2018 and 21 died, so far this year.

Tufton said that his ministry, through the National Health Fund (NHF), will be spending the funds on activities, geared towards clearing breeding sites.

He told reporters that in this initiative, the Ministry will be collaborating with the National Solid Waste Management Authority (NSWMA) and the Parish Councils, through the Local Government Ministry.

“We have agreed and we’ll be mobilising $130 million to these agencies for critical support in the field,” Tufton said, adding “in the case of Parish Councils, they have Councillors, they have an organisational structure at the local level and, of course, the NSWMA is critical, because of the impact of solid waste as breeding sites for mosquitoes”.

Tufton reiterated the previous initiatives, which the Ministry of Health and Wellness implemented in its fight against the spread of the dengue virus.

“The Ministry has embarked on a number of initiatives, to date. In fact, since the start of this year, when we declared an outbreak, we have had a sustained program to create the awareness and to respond to the challenges that this health threat poses,” he said.

He noted that 1,000 temporary vector aides have been deployed to visit homes, especially those in high-risk communities, where they have been distributing material, inspecting water storage facilities and treating them.