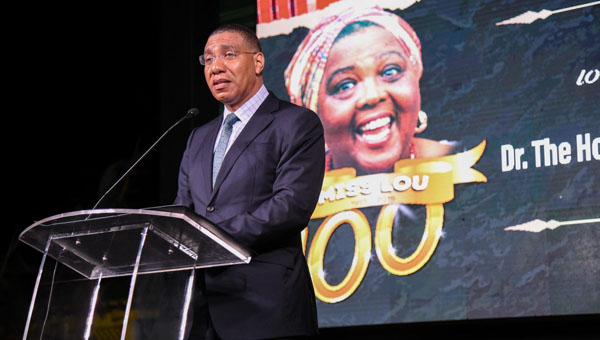 Jamaica's Prime Minister, Andrew Holness, said, in addition to the statue of Miss Lou that was erected last September, a plaque will be unveiled in the square, signifying the renaming. Photo credit: Adrian Walker/JIS.

A globally-acclaimed writer, folklorist, educator, radio and television personality and poet, who was known for performing her pieces in the local patois dialect, Miss Lou is widely regarded as the “Mother of Jamaican Culture”.

She who was born on September 7, 1919, died on July 26, 2006 in Canada, at the age of 86, and was interred at National Heroes Park in Kingston in a section reserved for cultural icons.

Prime Minister, Andrew Holness, made the announcement during a civic ceremony in the East Rural St. Andrew community, last Sunday, to commemorate the centenary of Miss Lou’s birth.

Holness indicated that the legal procedure for the renaming will be undertaken by the Kingston and St. Andrew Municipal Corporation (KSAMC), in short order. 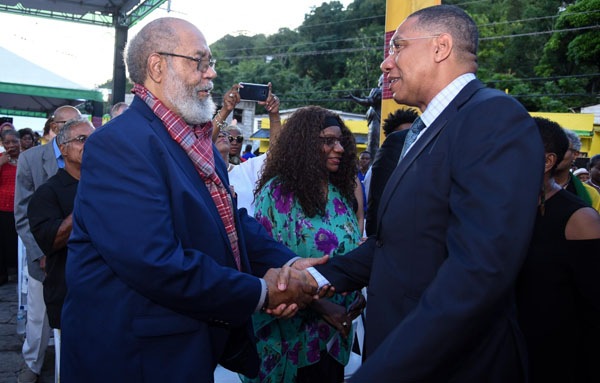 “We cannot only allow her works to be embedded in documents. We must have physical representation of her works… and this statue [erected in her honour] is just the beginning. I am expecting that at the next sitting of the [KSMAC], the Councillors will move a resolution to have the Gordon Town Square renamed, in honour of the great cultural icon – Louise Bennett-Coverley,” he said.

The Prime Minister noted that after the resolution is passed, a plaque will be unveiled in the square, signifying the renaming.

Work to this end began, last year, with the erection of Miss Lou’s statute and is part of the government’s plan to upgrade and transform Gordon Town Square into “Miss Lou Square”.

The statue, which was created by noted sculptor, Basil Watson, was unveiled by Prime Minister Holness on September 7, 2018.

Holness charged the KSAMC and Ministry of Culture, Gender, Entertainment and Sport to partner with property owners in the square, to further develop the area as an attraction for local and overseas visitors. 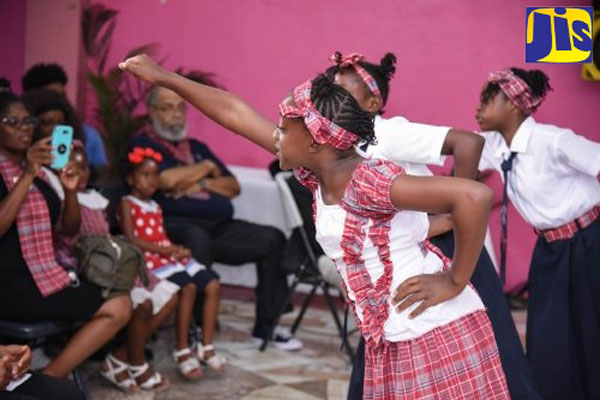 Students of the Louise Bennett Coverley All-age School in St. Andrew perform one of the late cultural icon’s poems at her 100th birthday anniversary celebration and cake cutting ceremony, held at the Gordon Town Community Centre, on September 8.

“We should now seek to improve the facade and put in place the necessary infrastructure so that, if we bring tourists in or bring in our own Jamaicans to come and appreciate and understand the culture, they can be appropriately accommodated, hosted and they can possibly interact with some of our works, either digitally or other forms,” he said. 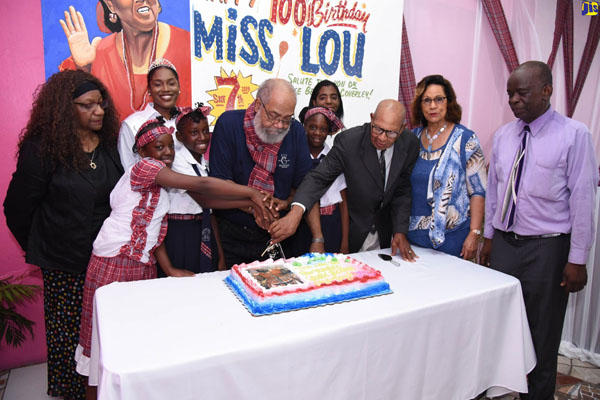 Meanwhile, last Saturday, members of the government and the cultural community commemorated the 100th anniversary of the birth of Miss Lou, at a floral tribute held, at National Heroes Park in Kingston.

Minister of Culture, Gender, Entertainment and Sport, Olivia Grange, headed the list of officials, who laid flowers at the final resting place of the late cultural icon. 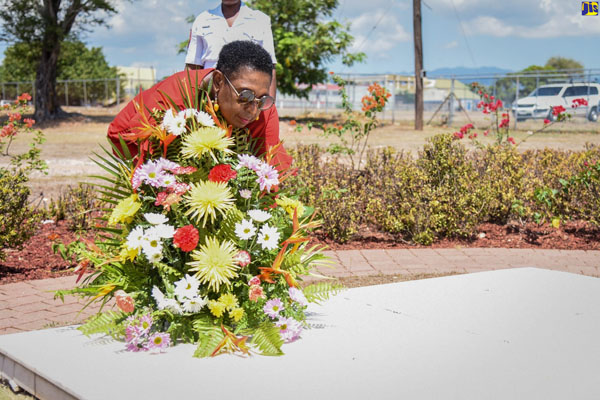 Minister of Culture, Gender, Entertainment and Sport, Hon Olivia Grange, lays flowers at the resting place of Dr. Louise Bennett Coverley, at National Heroes Park, Kingston, during a ceremony on Saturday (September 7) to commemorate the 100th anniversary of the birth of the cultural icon. Photo credit: Adrian Walker/JIS.

The ceremony was interspersed with cultural performances in speech, folk songs and drama by the Manchioneal cultural group, Cari-Folk singers; and the Jamaican theatre fraternity. Story-teller, Amina Blackwood Meeks, served as master of ceremonies.

Minister Grange, in her address at the function, said that Jamaicans should never overlook the pivotal role played by Miss Lou in nation-building and “helping Jamaicans to embrace the things that make us unique”.

She said that the “new cool” is to speak Jamaican and to espouse elements of the country’s culture.

“There was a time when you never dared to use patois on Jamaican radio stations. Today, we have come 360 degrees and Jamaican talk is now hip. We have to give Miss Lou all the credit for leading that revolution and, in so doing, she added serious value to the Jamaican brand,” she said.

Grange noted that although Miss Lou spoke patois, she was proficient and fluent in the English language.

“So the patois revolution that she led was by choice. That underscored the tremendous belief and value that she placed on her indigenous culture,” she said. 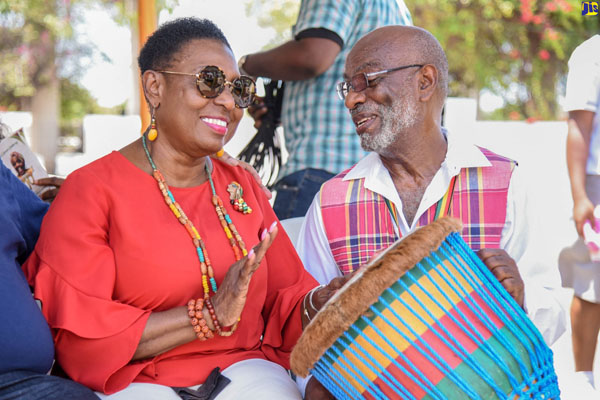 Minister Grange said that Jamaicans are now reaping the benefits of the profound impact that Miss Lou had on the culture, through the Ring Ding programs and other offerings.

“We didn’t know it at the time but she was sowing the seeds for us to develop appreciation of self and understanding of our good, innate values that we hold as Jamaican people,” she added.

The floral tribute was one of the many activities planned to celebrate the centenary anniversary of the birth of the cultural icon under the theme: “Miss Lou 100”.

Others paying tribute included Minister without Portfolio in the Office of the Prime Minister, Mike Henry; Minister of Foreign Affairs and Foreign Trade, Senator Kamina Johnson Smith; and Councillor Alvin Francis of the Mavis Bank Division, who represented the Mayor of Kingston, Senator Delroy Williams.