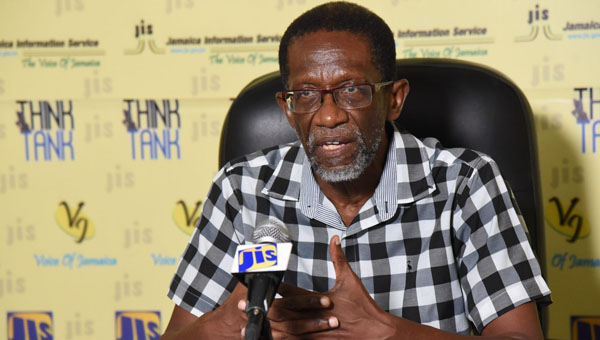 KINGSTON, Jamaica September 11, 2019 — The Jamaican Language Unit at the University of the West Indies’ (UWI) Mona Campus, will be leading a national conversation on the appropriate positioning of the Jamaican language in official spaces.

The discussion, under the slogan “Make Jamaican Official… Just Do it”, is the Unit’s contribution to the 100 days of activities, planned to celebrate the centenary anniversary of the birth of cultural icon, Dr. Louise Bennett-Coverley, popularly known as “Miss Lou”.

Coming out of the discussion, the Unit is hoping that the government will move to make the Jamaican language official, alongside English.

Speaking at a recent JIS Think Tank, Professor Emeritus of the Jamaican Language Unit, Hubert Devonish, said that a meeting will be held, with “friends” of the Jamaican language, on September 26, to plan the public discussion, which is scheduled to begin on October 1.

“We want to go to all the parish capitals, churches, community groups, and so on, where we would be having discussions about whether the Jamaican language should be made official, and what does that mean,” he said.

Professor Devonish said that the meetings will also identify the needs at government entities “so that when people visit, [public officers] can provide the service in any of the languages that people feel that they want to use, offering respectful and efficient service”.

He said that on November 1, the Language Unit will launch a 40-day online petition “to ask Parliament to pass legislation to grant official status to the Jamaican language, alongside English”.

This will be followed by a symposium at UWI on December 10, “which will pull together all the discussions that we would have had with the groups, with a view to putting together a report,” he noted.

“This report, we hope, backed by hundreds of thousands of signatures from the online petition, will represent our gift to the Government, and eventually, the Parliament that will form the basis for legislation that would grant official status to the Jamaican language, alongside English,” Professor Devonish said.

The centenary anniversary celebrations for Miss Lou are being spearheaded by the Ministry of Culture, Gender, Entertainment and Sport, in partnership with the Institute of Gender and Development Studies’ Regional Coordinating Office and other stakeholders.