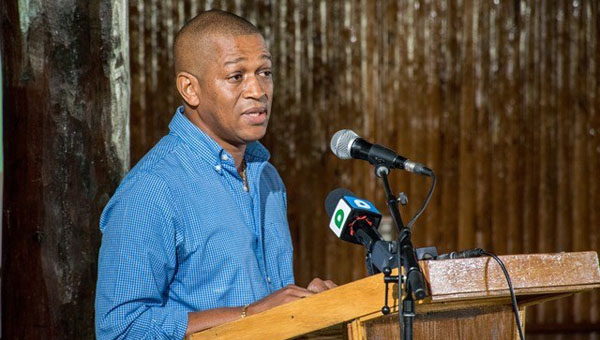 Director in the Department of Energy, Dr. Mark Bynoe, said this new discovery, coupled with all other discoveries, brings the estimated resource for the Stabroek Block to more than eight billion oil-equivalent barrels.

Head of the Department of Energy, Dr. Mark Bynoe, said, on Monday, the the discovery, made at the Joe-1 exploration well, has successfully opened a new upper tertiary oil play in the Guyana basin.

This is second discovery of oil, in two different wells, operated by Tullow, in less than six weeks.

The Head of the Department of Energy said ExxonMobil announced that oil was discovered on the Stabroek Block, offshore Guyana, at the Tripletail-1 well in the Turbot area.

This well was being drilled by the Tom Madden drillship.

The energy department said the discovery adds to the previously-announced, estimated recoverable resource of more than six billion oil-equivalent barrels on the Stabroek Block.

“This is another major development for the Co-operative Republic of Guyana, which, along with other oil discoveries, has the potential to advance the country’s economy and propel it towards impactful and sustained development.

“The Department of Energy (DE) continues to be encouraged by the prolific rate of discovery of high-quality hydrocarbons, offshore Guyana, as the discoveries add to the further de-risking of this play-type in the deep and ultra-deep zones,” Bynoe said.

He added that the government continues to be encouraged by the prolific rate of discovery in the country.

“Every Guyanese can be assured that the government will continue to work, conscientiously, to pursue the most effective and efficient marketing strategies of Guyana’s crude entitlement, to transform our economy and to implement sustainable development programs, from which all Guyanese can benefit,” Bynoe elaborated.

Pending government approvals, a third development, the Payara start-up, could be as early as 2023 and production is expected to reach an estimated 220,000 barrels of oil per day.