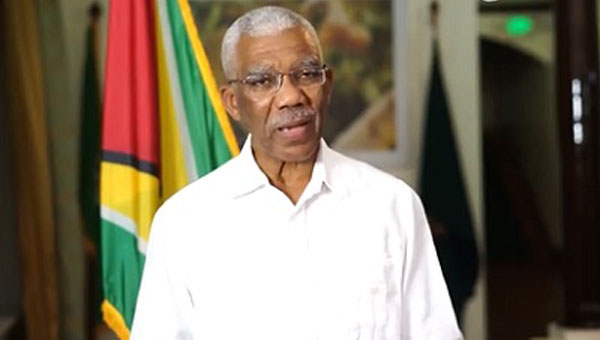 Guyana's David Granger-led coalition government contradicted some media reports, saying it has "no policy whatsoever, with regard to the banning or restriction on the importation of any fruits or vegetables".

GEORGETOWN, Guyana, October 2, 2019 (CMC) – President, David Granger, has issued two proclamations for the holding of regional and general elections in Guyana, on March 2, 2020.

A government statement said that Granger had acted in accordance with Article 61 of the Guyana Constitution, in issuing the proclamation.

“The Constitution at Article 61 states: “An election of members of the National Assembly under Article 60 (2) shall be held on such day within three months after every dissolution of Parliament as the President shall appoint by proclamation,” the statement noted.

Last weekend, the Organization of American States (OAS) said it was looking forward to the issuance of the proclamation, required by Guyana’s Constitution, to firmly establish the date for the election.

“The OAS General Secretariat underlines the importance to the people of Guyana of leaving behind the period of political uncertainty, as soon as possible,” the OAS said in a statement, adding “the General Secretariat will continue to follow the situation in Guyana and remains available to provide support as the authorities may require in ensuring the next elections meet the standards of transparency, credibility and integrity, required of all democracies,”.

Last week, President Granger, in a nation-wide radio and television broadcast, said he had selected the date “after discussions with the Chairman of the Elections Commission and with my Cabinet”.

But the main opposition People’s Progressive Party (PPP), which had been calling for early regional and general elections, following the passage of the motion of no-confidence against the Granger coalition administration, said the March 2, 2020 election date and a call to return to parliament, was an attempt by the government to blackmail the opposition.