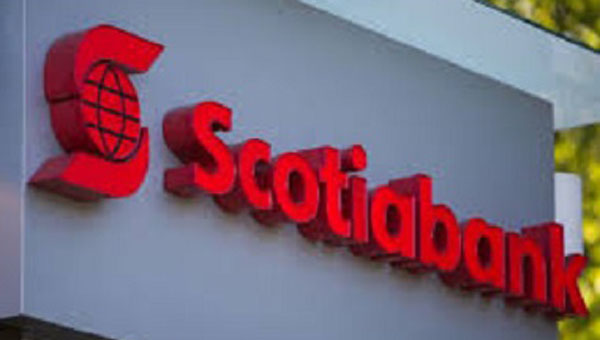 ST. JOHN’S, Antigua and Barbuda, October 4, 2019 (CMC) – The Antigua and Barbuda government and the Canada-based Scotiabank have agreed to a news blackout, regarding the discussions over the sale of the bank’s branch in the Caribbean island.

Antigua and Barbuda has been seeking to acquire the operations of Scotiabank, here, after the Canadian financial outfit said it was disposing of some of its assets in several Caribbean islands.

Last November, the Trinidad and Tobago-based Republic Financial Holding Limited (RFHL) announced, in a statement, that it was seeking to acquire Scotiabank operations in Guyana, St. Maarten, Anguilla, Antigua and Barbuda, Dominica, Grenada, St. Kitts and Nevis, St. Lucia, and St. Vincent and the Grenadines.

The RFHL statement said that the purchase price was US$123 million, which represents US$25 million consideration for total shareholding of Scotiabank Anguilla Limited; and a premium of US$98 million over net asset value for operations in the remaining eight countries.

Last month, the government said that given that RFHL has indicated “it no longer wishes to consummate that deal with Scotiabank” with regards to the branch here, “puts the government in a bargaining position that brings it closer to realizing its ambition for a consortium of local banks and the government to own those assets”.

A government statement, issued following the weekly Cabinet meeting here, this week, noted however that while the matter had been discussed at Cabinet, “it was agreed that both sides—Scotiabank and the government of Antigua and Barbuda—would make no public pronouncements, while the negotiations among the parties continue”.

But the statement added that the Cabinet had taken note “of the refusal by the Central Bank of Guyana to allow the sale of the Scotiabank assets there, to Republic Financial Holdings of Trinidad”.

Last week, the Central Bank of Guyana (CBG) said it would not sanction the sale, citing a number of reasons.

Prior to the CBG announcement, Guyana had raised concerns about the sale, noting that with Republic Bank currently holding 35.4 percent of the banking systems assets and 36.8 percent of deposits here, its acquisition of Scotiabank would push its stake in the local banking sector to 51 percent of both assets and deposits.