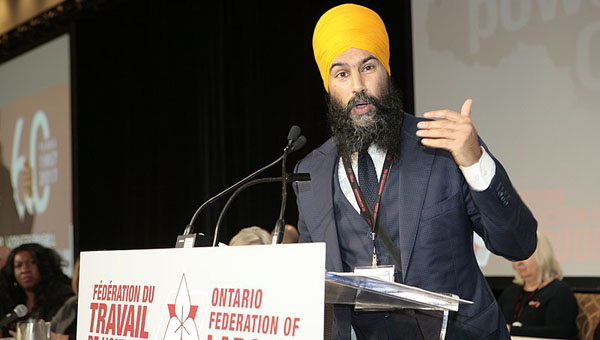 In the wake of recent events during the federal election, it seems to me that if Canadians are to address the continuing significance of race and racism, we had better make up our minds to do so head on.

When images surfaced of Prime Minister Justin Trudeau in blackface and brownface, many Canadians wondered why that was an act of racism. And then NDP Leader Jagmeet Singh was told by a white Montréal man that he “should cut your turban off…. You’ll look like a Canadian.” The man then said he hoped Singh would win the election.

Why aren’t Canadians better at making sense of what racism is?

Right now we use concepts like “white privilege” and “implicit racism.” These can be useful ways to quickly explain white racism in non-threatening ways in everyday life. They also include an understanding of the history and politics of racism. But they may also be too easy and too superficial and so they also also nurture white complacency.

We need to find ways to articulate the phenomenon of racism and the intricate ways it is experienced, observed, measured, practised and resisted.

What is racism?
Let’s start with a brief definition of racism. First, it consists of prejudice as values — when one holds positive self-perception and negative attitudes and stereotypes of others: one cannot exist without the other. This is true even if that prejudice is expressed in positive terms, such as “Chinese are good at math” or “Africans are great athletes.”

Second, prejudice is mobilized through power — the coercive power of state and cultural violence. This power manifests itself as discrimination that benefits one group at the expense of others.

In Toward the African Revolution, 20th-century philosopher Frantz Fanon argued that there are “cultures with racism and cultures without racism” and so “the racist in a culture with racism is therefore normal.”

But not all racist cultures are created equal.

Pierre Van Den Berghe, sociologist and author of Race and Racism, explains that despite the independent discovery of racism in a number of societies, the western strain of the virus has eclipsed all others. Through the colonial expansion of Europe, racism spread over the world. He also explains that culture should not be an excuse for individuals to absolve themselves from the responsibility of white racism.

Therefore, we need a theory that brings together the interplay of cultural permissiveness with individual responsibility to resist the racism in one’s culture.

Racism is in our cellular memory
One suggestion I have is to borrow from scientist Rupert Sheldrake’s unconventional theory of what’s known as morphic resonance. The idea of morphic resonance is that habits of self-organization are learned and transmitted across time, place and space. These habits are then built up as inherited memory.

Applied to the social context, what this means is that racism is a habit of mind and concrete practice in cultural organization. 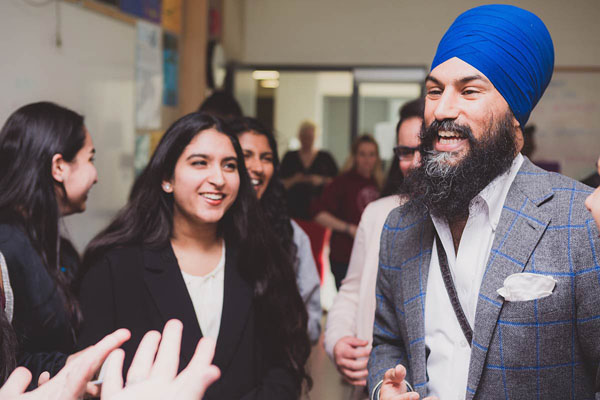 Maybe the theory of morphic resonance can help us understand how racism is produced and reproduced through social forces. That is, as Fanon explained in Black Skin, White Masks, racism is sociogenic: it is literally and metaphorically learned behaviour that becomes engrained as a cultural imperative.

Real people are racist, not institutions or systems. Thus racism is relationally “contagious” within and across generations through cultural memory in aphorisms, stories, ideas and ideologies.

Racism is not only learned, it is experienced as pleasurable, is materially rewarding and is passed on in the nurture of culture where it deceives its perpetrators by appealing to the worst elements of human nature.

Racism is a habitual way of thinking and practising power that circulates among living members of a culture and is bequeathed to future generations. It is epigenetic — meaning it influences our genes. But genes are no more destiny than culture. Both can be altered, if not transcended, through fostering alternative habits of thought and behaviour.

For anti-racist cultural transformation to take place, a critical mass needs to commit to policy, politics and good faith to create a cascade of changed hearts, minds and behaviour. Given the deep and learned habit of racism, this is no easy task.

Here is the rub: racism, for all its utility to individuals and groups who wield it, is in fact self-defeating and socially dangerous.

The latter is evident in Nazi-ism, nativism and totalitarianism. Even aside from the fact that negatively racialized groups are terrorized, racism doesn’t stop there. Berlin journalist Charlotte Beradt’s gathering of anxiety dreams experienced by ordinary Germans after Adolf Hitler came to power tells us that racism is a chicken that, sooner or later, comes home to roost.

This self-defeating nature of racism is too easily concealed by the elites it principally serves, as the authors of Boomerang Ethics: How Racism Affects Us All explain.

Dig in for the long haul
I believe Trudeau played racial politics with his apology. The prime minister confused his personal misdeeds as solely his wrong, and wilfully missed the point of his conduct.

Second World War-era philosopher, Hannah Arendt, in her essay “Responsibility and Judgement Under Dictatorship”, demanded that we strike a discerning balance between the culpability of a mass group and the responsibility of leaders: “…it is obvious that every generation, by virtue of being born into a historical continuum, is burdened by the sins of the fathers as it is blessed with the deeds of the ancestors.”

Looking at Trudeau exercising the manifest power of state and the latent power of white Canadian culture, it is vital that the conversation moves beyond good versus bad, guilt versus innocence and indifference versus intent. These stark oppositions tilt too far into the subjective experience of individual responsibility to offer much analytical value.

The emphasis ought to lay with the reality that anti-Blackness and white racism is a group dynamic shaping the conduct of individuals and groups.

Can white Canadians bring themselves to radically theorize and dig in for the long haul to meet the challenge of eradicating white racism and nationalism?

Which white political leader living in the fragile glass house of whiteness will have the courage to throw the first stone? Leaders need to lead, sometimes ahead of the lowest common denominator they too often follow.

Tamari Kitossa is an Associate Professor of Sociology at Brock University