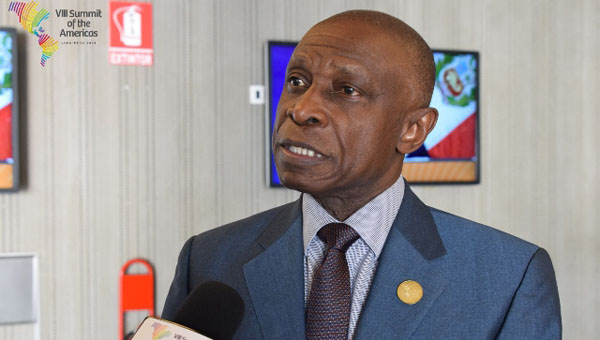 GEORGETOWN, Guyana, October 8, 2019 (CMC) – Former Minister of Foreign Affairs, Carl Greenidge announced, last Saturday, that he has formally renounced his British citizenship, to pave the way for him to serve as a candidate in the upcoming elections.

Greenidge and three other Members of Parliament of the APNU/AFC coalition government, were forced give up their seats and ministerial portfolios, following a court ruling that affirmed that a holder of dual citizenship is ineligible to serve in the parliament of Guyana, in keeping with the Constitution.

The ruling was among a number of rulings, handed down in the wake of the challenges to the no-confidence motion in the courts.

Former government legislator, Charrandass Persaud, who switched sides and voted against his own government was also a dual citizen.

In a statement on Saturday, Greenidge said he has received confirmation from the relevant British authorities, that his application to renounce his British citizenship has been accepted.

“I have informed President Granger accordingly, and therefore, look forward to being included on the list of candidates, from which the party will make its selection of MPs, following the holding of the regional and general elections in 2020.”

Greenidge said his UK citizenship and residence enabled him to take advantage of wide-ranging educational opportunities, “which I would not have been in a position to access, or finance, had I remained in Guyana”.

He said throughout his career in Guyana, he “served at the highest levels professionally, at the university and in the public sector as Chief Planning Officer and Secretary to the State Planning Board, for example, before being invited to enter Parliament”.

“Having given up a promising academic career for politics, my record as a Minister and as a successful negotiator, in particular for Guyana and developing states, is rivaled by very few other Guyanese. I stand ready to continue that contribution,” he added.