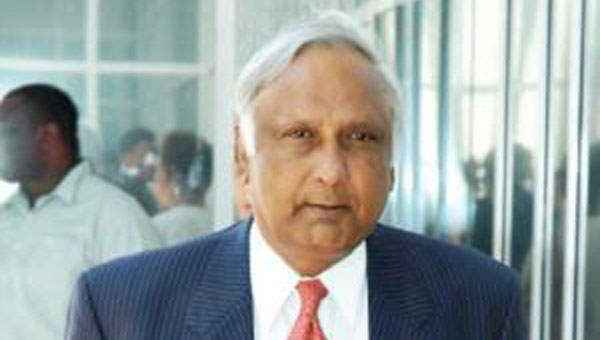 PORT OF SPAIN, Trinidad and Tobago, October 9, 2019 (CMC) – Former Chief Justice, Satnarine Sharma, who retired from the Judiciary in 2008 — after being cleared by an independent tribunal in an impeachment probe, investigating allegations of an alleged attempt to pervert the course of public justice — has died. He was 76.

Sharma, the eighth post-independence Head of the judiciary, died at his home in Maraval, on the outskirts of the capital. He was being treated for cancer.

In July 2006, Sharma was accused of trying to help former Prime Minister, Basdeo Panday, who had been sentenced to two years in jail and fined TT $20,000, after he was found guilty on charges of failing to declare a bank account he and his wife, Oma, held in Britain. Panday was later acquitted of the charges in 2012.

An international tribunal ruled that there was insufficient evidence to remove Sharma from office in December 2007. He resigned in January 2008.

In a statement, the Trinidad and Tobago judiciary paid tribute to Sharma, saying he had been a trailblazer for many initiatives.

President of the Caribbean Court of Justice (CCJ), Justice Adrian Saunders, in a statement, said he was “deeply saddened” to learn of the death of Sharma, who “has bequeathed to us a rich legacy of jurisprudence, which has made an enduring contribution to Caribbean jurisprudence”.

“I recall, in particular, that it was he who first emphasised that deserving litigants, who could establish a breach of the Constitution, were entitled to a species of damages that no Caribbean judge had ever previously awarded, namely vindicatory damages. This concept is now firmly ingrained in judges throughout the region,” Saunders added.