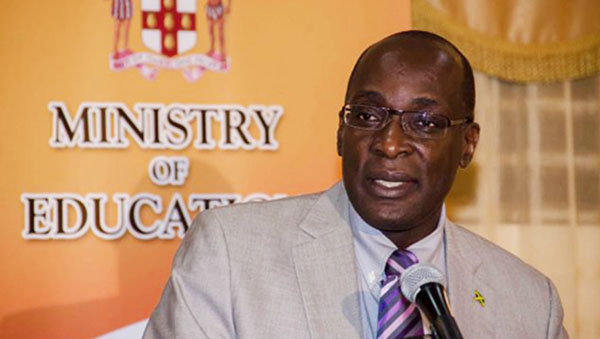 KINGSTON, Jamaica, October 9, 2019 (CMC) – Police detained former Education Minister, Ruel Reid, and the president of the Caribbean Maritime University (CMU), Fritz Pinnock, today, following a search of their homes, as the force continues its investigations into a major corruption matter.

Minister with responsibility for Education, Youth and Information, Karl Samuda, has since described as “regrettable and unfortunate”, the ongoing developments. He denied that the Andrew Holness government has sought to influence the investigation, saying it remained committed to upholding the rule of law.

“I know nothing, beyond what I have been advised. I find it regrettable, I find it unfortunate, it hits at the heart of all that we are trying to achieve,” Samuda told reporters.

Media reports said that Reid and two members of his family were among five people detained by the police, and that Pinnock and Brown’s Town Division Councillor, Kim Brown Lawrence, had also been arrested.

The police said they are targeting the main suspects, implicated in a multi-million dollar corruption and fraudulent scheme, perpetrated at the Ministry of Education, CMU and other government entities that fell under the portfolio responsibility of Reid, who was forced to resign by Prime Minister Andrew Holness in March.

Holness had said then that he had met with Reid, “regarding certain allegations in the public domain”, and that “in keeping with the principles of good governance” had requested his resignation.

Holness said Reid’s resignation would “ensure that any investigation into matters of concern will not be in any way impeded by his presence or oversight of the Ministry”.

Earlier this year, attorney Carolyn Chuck said her client has said he intends to cooperate fully with investigators and strongly denies the allegations being made against him.

In a statement, the police said that the operations began early Wednesday morning and that “all locations are properly manned by police personnel and operations are proceeding in an orderly manner”.

Earlier this week, Pinnock was sent on special leave so as to allow for the completion of ongoing investigations surrounding activities at the university.

Pinnock had returned to work on September 30, having voluntarily applied for, and been granted, leave by the CMU Council Chairman more than once, in order to allow space for the investigations surrounding the CMU to be completed.